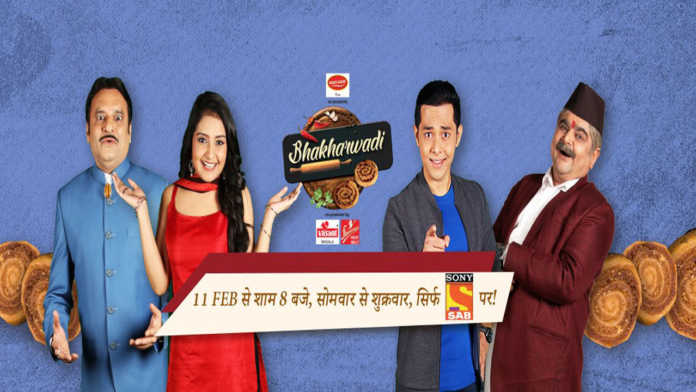 Sab Tv is again all set to entertain you with the upcoming Family Drama Comedy Serial titled as Bhakharwadi. This upcoming show of Sab TV is going to be air on 11-02-2019 at 8:00 PM. Check out details about Bhakharwadi Sab Tv Serial Cast, Start Date, Promo, Timings.

Bhakharwadi (Bhakarwadi) is an upcoming serial on SAB TV. Bhakharwadi Sab Tv is produced by JD Majethia and Aatish Kapadia under the banner of Hattsoff Productions.

Bhakharwadi Sab Tv Serial story will revolve around the bonding and relationships in a family. While giving a glance of the show, Sab Tv at their Instagram Account posted a video along with caption as:

Sab Tv has also released the Bhakarwadi Promo at their Instagram handle on 27 January 2019. You can watch the Bhakharwadi Promo video here in the below section.

According to the details available, this upcoming serial of Sab TV will hit the TV screens from 11-02-2019 on Sab Tv.

Viewers can watch the Bhakharwadi Serial on Sab TV from Monday to Friday at 08:00 PM. The repeat telecast timings of Bhakarwadi Serial are not available yet.

Well, as per the Bhakharwadi Sab Tv promo it is expected that the story of this upcoming serial will be different from other serials. Now it will be interesting to see that show it will impact the audience or not. Are you also waiting to watch this upcoming Comedy Drama? Then stay tune with us. We will provide you with all the latest updates regarding the Bhakharwadi Sab Tv Serial along with its Cast, Start Date, Promo, Timings.