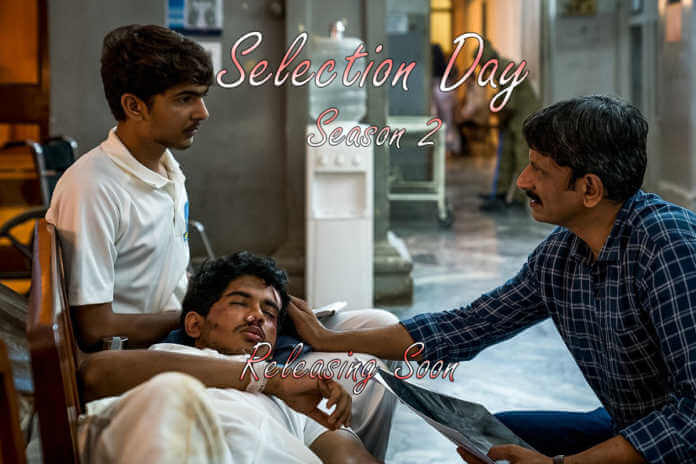 The second installment of Netflix original series selection day is all set to take place in your heart as well as the mind. Yes, you guessed it right; Selection Day Season 2 Release Date is available now. On Friday it was announced that selection day season 2 will release on 22 April 2019.

The story of Selection Day Season 2 revolves around Manju (Mohammad Samad) and his older brother Radha (Yash Dholye). Their father (Rajesh Tailang) brought them to Mumbai with the motive to make them cricket stars.

Although, Manju don’t like Cricket much. But when he met Javed Ansari (Karanvir Malhotra), his life takes a drastic turn. In the 06th Episode of First Season, the early life story of both the brothers was telecasted.  Furthermore, in the upcoming season, the story will revolve around the changes in Manju’s Life when the Under-19 Mumbai cricket team selection day comes nearer.

Retired hurt but not out just yet. #SelectionDay Part 2 premieres April 22nd. pic.twitter.com/rPpfoHUVsZ

At his Twitter Handle, Sachin Tendulkar wrote about the upcoming series “Knew these champs wouldn’t be kept down for long. Eager to know what happens with Radha and Manju in #SelectionDay Season 2? Is it out anytime soon @NetflixIndia?”

@sachin_rt, Selection Day Part 2 is releasing very soon! And you know it’s going to be ekdum…. well you know the rest already!@NetflixIndia https://t.co/x2sEqpNgDU

Sharmila Tagore, One of The Most Successful Leading Ladies of Bollywood, Turns 77

Rajkummar Rao And Patralekha Wedding: Here’s Why Ekta Kapoor Could Not Attend The Event; ...