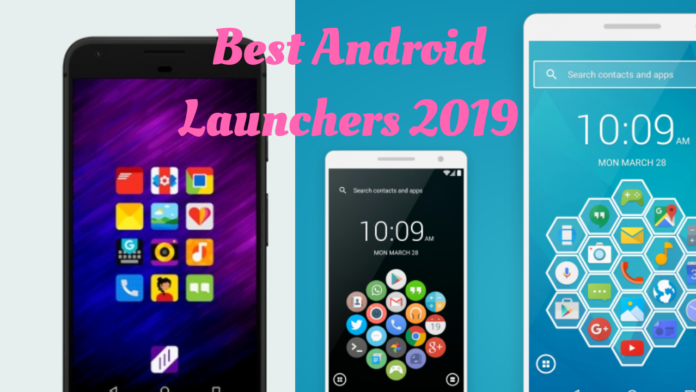 Are you interested in changing the user interface of your Android device? If yes then this article will definitely help you in choosing the Best Android Launcher in 2019 for your device. There are thousands of launchers available online that can change the default user interface of your device into an amazing one.  But the fact that matters is that what you are choosing. In order to provide quality here, we have stated details about the Best Android Launchers in 2019, and you can use for your Android device in 2019. 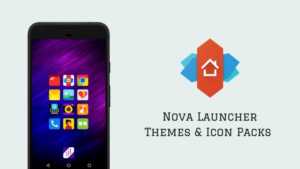 It is one of the best launcher you can use or your android devices. This launcher is fast, efficient and lightweight. In order to change the looks and user interface of your Android device, you can download the application from Google Play Store. This application will alter the user interface and home screen of your Smartphone and make it more amazing to use. As we have stated that it will change the interface, now you must be thinking that “what are the changes will you get by using this launcher”. Well, this launcher will change the icon, layout, themes, color and other features like fonts etc of your Android device. 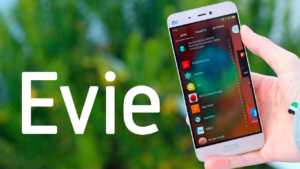 If you are looking for the fastest android launcher then you may go for the Evie Launcher. Because of the smoothness, there are many users who have switched to this fastest launcher. This launcher comes with a unique searching feature that allows you to search your applications just by entering their names. Furthermore, this launcher also contains a huge number of home screen shortcuts and customizations. In order to download the launcher, you may visit the Google Play Store. This launcher will provide you simple interface with speed. 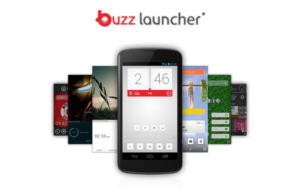 If you love customization and want to have amazing features in your android device then you may download the Buzz Launcher. Due to the unique specifications, the Buzz Launcher is also known as “Homepack Buzz”.  There are more than 700,000 home screens that are downloaded by users. Furthermore, for cleaning purpose this launcher also has an app-locker and RAM cleaner. Just with a simple swipe, you can access several shortcuts. Furthermore, to provide live wallpaper feature there is an additional feature called “Screen Effects”. This feature does not replace your wallpaper but adds animation effects on your screen like ‘snowfall’ or ‘autumn leaves’. 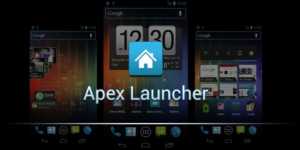 Apex launcher is also the best launcher that contains numerous themes and icon packs. To download this awesome android launcher you may visit Google Play Store. This launcher is not only available for Android Phones but also can be downloaded by Tablet users. At one time you can add around 09 home screens and the application hidden feature is also available in this launcher.  To use the further additional features you can purchase the premium version of this launcher. Apex is also one of the fastest Android Launchers available. 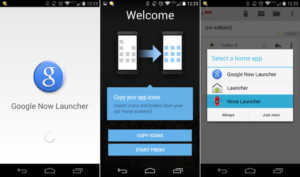 Another best launcher for Android is Smart Launcher 3. This launcher uses Artificial Intelligence for searching for apps, contacts, and web content. This launcher categorizes applications according to the categories. Smart Launcher 3 has a “smart turn off” feature that automatically turns off the screen whenever user-led down the Smartphone. Furthermore, this launcher also has gesture support available. 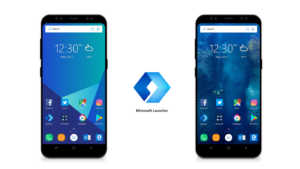 Microsoft Launcher is also a smooth and fastest launcher that Android users can download to make their Android devices work and look like windows. One home screen is decoded with panels resembling “Google Cards.” This launcher also has a feature that merges duplicate contacts. If you want to use this launcher in another language then it is also possible as it supports the multi-language feature.

Another best launcher that is fast, easy to use and offer hundreds of customizable specifications is ADW Launcher 2.  In this launcher, your interface will change the color according to the wallpaper you set up.

Hence these are the top Android Launchers you can download in 2019 to make your Smartphone user interface more amazing and smooth. All of these launchers can be downloaded from the Google Play Store. Before downloading these launchers must ensure that you have enough storage space available in your device. These launchers will provide you best android using experience by changing the interface of your device and amazing customizations.