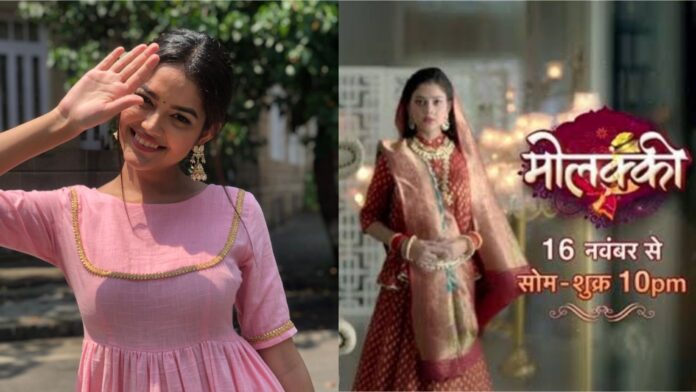 Colors Channel has been known in the past for creating shows that break stereotypes. The channel has produced a number of challenging serials like ‘Balika Vadhu’, ‘Ishq Ka Rang Safed’, ‘Udaan’, ‘Shakti – Astitav ke ehsas ki’, ‘Barrister Babu’. Now, Colors channel is back with another on-going serial ‘Molakki’ which will highlight the practice of buying bride with money. Ekta Kapoor is producing this serial. The show was released on 16 November.

The story of Molakki is based on a practice in North India in which girls are bought and sold. This practice is particularly prevalent in Haryana. It is the story of Purvi, an 18 year old girl, who is sold to a person twice his age, Vijender. In this serial, Amar Upadhyay and Priyal Mahajan will be seen in lead roles. Supriya Shukla will be seen playing the role of Vijender’s mother in the serial.

After receiving the role of ‘Purvi’, Priyal Mahajan says, ‘I knew a little about the practice of buying and selling brides. I was just guessing that there are some states like Haryana and Rajasthan in which this practice runs. But, there was not much information about it. When I was told the character of ‘Purvi’ in this serial and told the whole story of it, then I came to know about this whole practice. This whole story will express the sentiments of the girl Purvi’.

The story also features the village sarpanch Thakur Virendra Pratap Singh, who unwittingly falls prey to the purchase of the bride, the popular TV actor Amar Upadhyay is playing the role of Vijendra Pratap Singh. In the production of Ekta Kapoor, he has previously worked in serials like ‘Kyunki Saas Bhi Kabhi Bahu Thi’, ‘Kalash’ and ‘Kusum’.