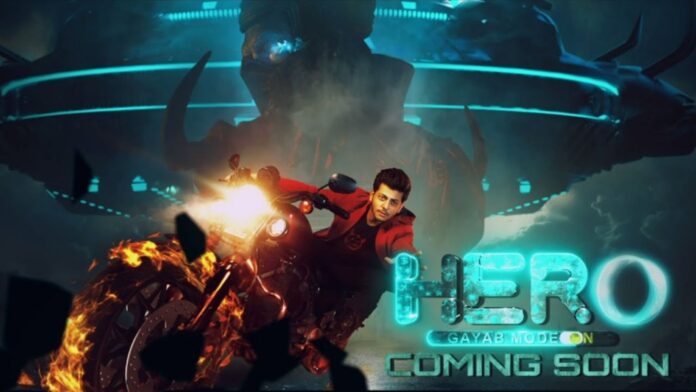 Sony Sab is prepped to add a show to its list of fantasy genre shows which includes “Baalveer” and “Aladdin- Naam toh suna hoga”. The show is titled “Hero: Gayab Mode On”. The show features Abhishek Nigam in the lead role. What is also interesting is that Abhishek Nigam’s younger brother Siddharth Nigam plays the lead in “Aladdin: Naam toh Suna hoga” on Sony Sab itself. Abhishek Nigam has been learning acrobatics and gymnastics for the show and is going through a very rigid fitness schedule for the same.

Sony Sab had earlier released a poster of the show but recently they released a small clip of the show in which Abhishek can be seen in a superhuman form. Nigam plays a man who has extraordinary powers of getting invisible with the help of a ring. Now, this hero will be the one who saves the planet from the attacks of aliens using his powers.

Apart from that, the show makers haven’t released any other details about the show like caste and release date. But it is expected to go on air super soon. Abhishek has been promoting the show through his social media handles and his fans are already waiting for this amazing fantasy fiction show.