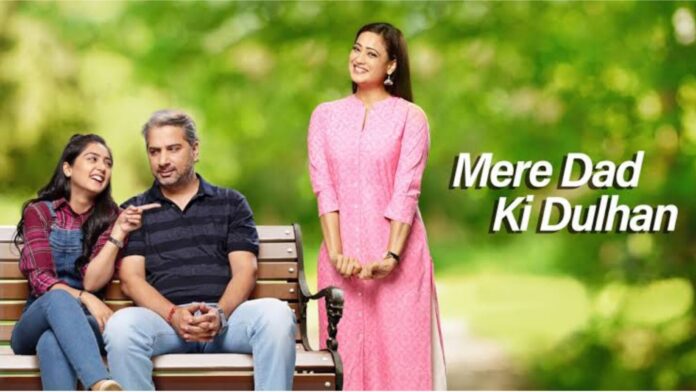 According to media reports, ‘Mere Dad ki Dulhan’ is about to end. The show will be replaced by the new TV serial ‘Story 9 Months ki’. In this show, actress Sukriti Kandpal and Ashe Mishra will be seen and the show will start on 23 November. Mere Dad ki Dulhan started in November last year.
Meanwhile, the lead role of the show Anjali Tatrari shared a video on social media and expressed happiness with the entire team on the completion of one year of ‘Mere Dad Ki Dulhan’.

Actress Shweta Tiwari, who plays the role of Guneet Sikka in the show, said, ‘Guneet will always be near my heart as a character. I am glad that the audience liked the show. The good thing about a limited-time show is that you know the story and can work on the character accordingly without any surprise.’

Shweta Tiwari has worked in many super hit serials. In addition to working in successful serials like Kasauti Zindagi Ki, Begusarai, Shweta has also acted in Bhojpuri films. Shweta has also worked in Hindi films like Madhoshi, Bin Bulaye Barati, and Aabra Ka Dabra. Shweta is seen with Varun Badola in this show. Apart from this, she has also been the first female winner of the famous show Bigg Boss.