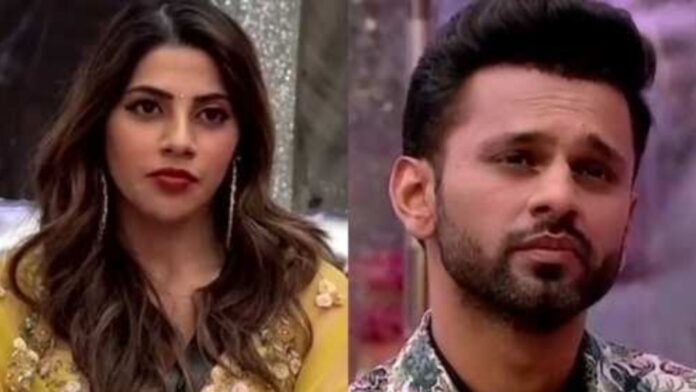 Bigg Boss 14: Nikki Tamboli couldn’t utter a word when Salman accused her of her shameful behavior towards Rahul Vaidya. Nikki became silent by the heavy accusation.

Yesterday’s Weekend Ka Var was heavy upon many members of Bigg Boss 14 house. Housemates are sometimes crazy about the task of winning it and sometimes they also act as they don’t care about anything, which is not very decent on national television. Nikki Tamboli is one of them.

This weekend host Salman speared no one. On Saturday he made a session among Kavita Kaushik, Vindu Dara Singh, Kamya Panjabi, Arti Singh, Surbhi Chandana . And after all this she entered the house with Salman’s advice. Tomorrow’s list was full off the obsessions of Bigg Boss 14, Pavitra Punia, Nikki Tamboli and Jaan Kumar Sanu.

Salman asked Nikki about the nomination task, which she did with Rahul Vaidya. Giving away all the moral respect She put the oxygen mask in her pants, so that Rahul didn’t dare to take it. Salman asked Nikki what she would have done,if there was a girl instead of Rahul and she had put her hands in to take it out. Salman called it a ‘ Cheap Trick’. When Salman asked about the position of oxygen mask Nikki couldn’t say a word. Taunting her Salman told, “Bolne me taklif ho rahi hai, karne main aapko koi taklif nahi hui?”

After all this she said,  “I did what suddenly came to my mind.” Salman answered, “You still dare to say that you were right in your doing. It is very shocking! It is up to you, how much lower you want to stoop during tasks.”

On the other hand Rahul Vaidya was praised for her control and he also was saved from eviction through public vote.

Alexandra Daddario is Now Engaged to Andrew Form, Calls Him ‘Most Wonderful Man’

When did the director remove Shabana Azmi from the dining table and make her sit...