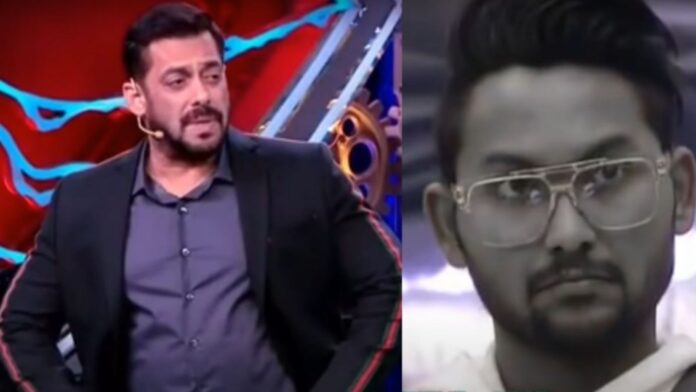 Bigg Boss 14 is getting more masala between the members and most of the members aligned their strategies and these strategies are so complicated that they are now coming between personal bonds and relationships made in BB house and outside.

Show host Salman schooled Jaan Kumar Sanu for his abusive language in the show during the Angel vs Devil task. When Eijaz asked Jaan to put his hand in the toilet, shave his beard and to take off his clothes as a Devil’s character.

Jaan being a sweet little boy’s face never accused before like this. And he never done this much before. But this time he used filthy words towards Eijaz khan, whom he regared as a senior, a companion and as a brother once. Salman said, “Using such dirty words for someone. Suddenly the sweet boy has become the most badtameez boy of the house right now.”

He also said, “What level are you stooping to?”. Jaan was ashamed of his behavior and he admitted it but he also named it as ‘Strategy’ which seemed not very good to Salman and viewers too.

Salman said, “With all of this, his (Eijaz) personality is not getting affected, but your personality is turning bad.” Jaan rather apologizes to Eijaz but it was revealed that he is not as innocent as he shows to be.