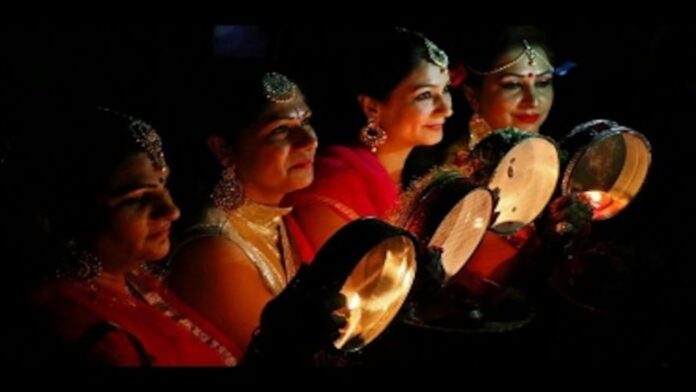 Karwa Chauth is a very important fasting ceremony for every Hindu married woman in the Indian subcontinent (especially north-western India). This 1-day festival begins at dawn and ends with the moonrise. This festival is celebrated on the fourth day after the full moon in the month of Kartik.

On this day married women observe dry fasting (excluding food and drink). And after offering sacrifices to the moon, they break the fast at the hands of the husband. Although it is considered a difficult day, every married woman celebrates this festival with a captivated mind. This festival is very important for every woman because this festival is being celebrated with the meaning of protection of her husband. To this day Karwa Chauth is celebrated with utmost faith and trust.

Karwa Chauth means offerings to the moon on the fourth day of the month of Kartik using a clay pot known as Karwa. The source of this festival is still very mucilaginous but of course, there are some reports associated with this festival. Some wondering and ear-catching stories that show the reason behind this festivity are undermentioned:

Jackie Shroff Reveals The Secret Behind His “Bhidu Language”

In Pics: When Aishwarya Rai fulfilled her demand by taking vermilion from the feet of...

Rahul Vaidya and Disha Parmar head to Maldives for honeymoon after two months of marriage,...