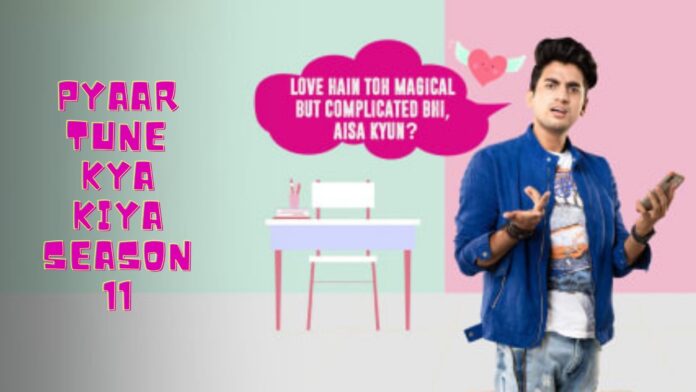 There are some serials that never get old. No matter how many seasons of the show comes, it feels always less for the viewers. One such show is “Pyaar tune kya Kiya“. Now Zing is back with Pyaar tune kya Kiya season 11. This show is pretty much popular amongst teenagers and young adults. The show’s narrator narrates different love stories and takes the viewers on a journey of how two love birds fall in love and fight different battles to stay together.

On popular demand, the show makers are back with another season of the show, season 11. Reportedly season 11 has continued some actors from season 10. The actors include Arjit Taneja, Ketki Kadam, Rohit Khandelwal, Charlie Chauhan, Shrawan, Neha Saxena, and many others. These actors will be seen portraying the lead roles in different episodes, as it has happened in the previous seasons. There are little reports about the supporting actors

The upcoming season of the show is going to be more interesting as the theme of the new season of Pyar tune kya Kiya is confusion. It portrays what role love has  in the lives of youngsters and how it gives them the strength to remove all confusions and stay where they feel the most loved

The show has been on air since October 24th, 2020 on every Saturday at 7 Pm. It is telecasted on Zing. Stay tuned with us for more updates.

Is Karan Kundrra getting chances despite the violence towards Prateek Sahajpal because of his fame?

Fateh to take up odd jobs after dumping Jasmin; Tejo gets angry on Angad

“Poor thing can’t see even after doing all this”

Kkk 11: Varun Sood, Shweta Tiwari, Nikki Tamboli And Others Dance The Night Away To...

Parag Tyagi bats for Umar Riaz; asks makers ‘Wondering what does a contestant needs to...