Home Entertainment #BTSOnNDTV: The most popular boy band in the world ‘BTS’ wants to... 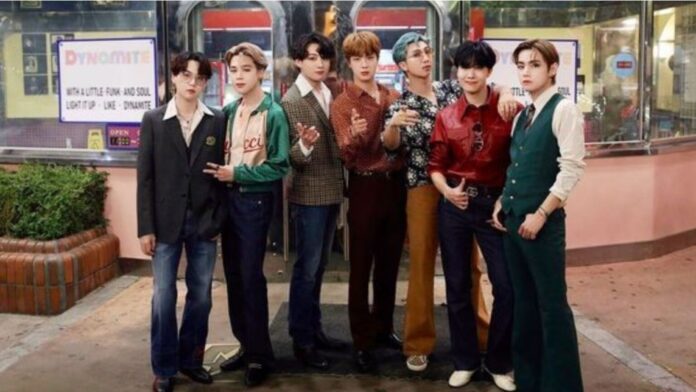 On 30 October 2020, The world-famous, popular boy band BTS (Bangtan Sonyeondan) had a special conversation with NDTV and also gave much information about their songs to fans in an interview. South Korean boy band BTS also talked about the Indian Army i.e. their fans and thanked them.
They said during the interview that, ‘We know that many of our fans in India love and support us a lot. Thank you all for listening to our songs. We feel that we connect with each other very deeply through music, breaking the barriers related to languages. However, at this moment we are not able to meet each other, but we want to tell you that we are very grateful to you.’

During the interview with BTS, they were also questioned about the concert in India.
They said, ‘We want to meet our fans in India and show our performance. We hope that the day will also go quickly, when this epidemic will come to an end.’

BTS also talked about their online concert during the interview. They told how they were able to connect with their fans even during the time of this epidemic through the internet.
BTS said, ‘Our fans are the source of inspiration for us. We are here only because of them. Through this concert, we were able to connect our fans through the screen and could also hear their voices. It was a long time when we last saw him and it was also a very emotional moment for us.’

#BTSOnNDTV is also trending on Twitter, Here are some glimpse of it.