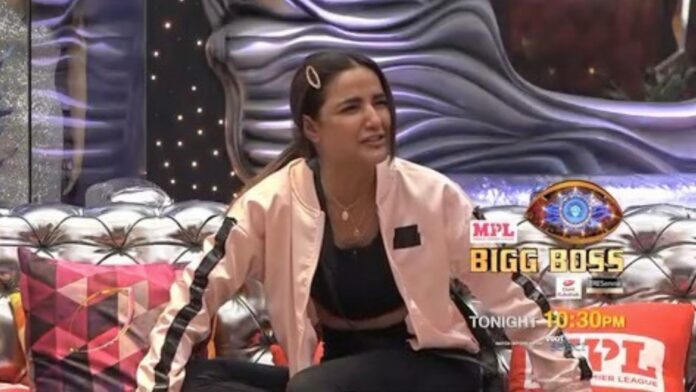 Bigg Boss 14 had always tough fights from the beginning of the season. It’s almost 2 and a half weeks when we are going to an aggressive fight between Jasmin Bhasin and Rahul Vaidya. It’s going to be very ugly between the two of them.

According to the promo, the contestants will fight once again for the captaincy task. Everyone’s first priority is becoming a captain and they will show equal wildness throughout the task. But Jasmin will be going to be very offended and she will start to throw things and yell.

Jasmin Bhasin was a strong contestant but she never showed her this much anger before. Something will going to be very bad that she’ll burst. She will be seen jumping on the sofa out of anger, for someone’s behaviour or comment. It is assumed to be Rahul Vaidya, as next, she goes on to blast at him.

In the promo Jasmin was inflamed and pushing physical strength she expressed her anger, throw words ‘ Aise aadmi pe thu’ . She added, ‘Mein nahi darti kisi aadmi se, koi aisa paida nahi hua.’Rubina Dilaik, Abhinav Shukla and Kavita Kaushik try to calm Jasmin down, but she again gets triggered by Rahul’s comment. Jasmin rushes towards to red zone and throws some stuff at Rahul and shouts, ‘How dare you?’

The further episodes are going to be beyond strategies and personalities will reveal bit to bit.