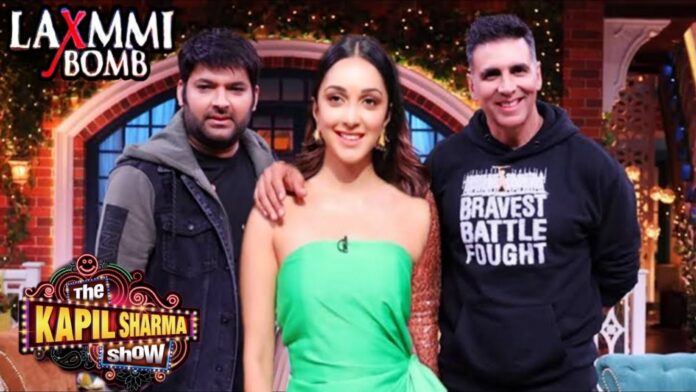 Bollywood actor Akshay Kumar is all up with his forthcoming movie Laxmmi Bomb. Being a regular guest of The Kapil Sharma Show (TKSS) he has readily promoted his movie. This was a great surprise for fans who are eagerly waiting for the comedy-thriller.

On a greater surprise, the actor has been gifted a few unique gifts. Out of all the thought-provoking gifts, one has to be a cash counting machine. In the show, Akshay Kumar appeared in an orange jumpsuit. It was the same jumpsuit that he wore in the song Burj Khalifa from the Laxmmi Bomb.
Apart from that another member of the show, Bharti Singh also gifted the actor a silver mug as a representation of his silver jubilee on the show. Krishna Abhishek had him a clock which also has its own specifications. A Taj Mahal replica from Kiku Sharda has also being presented to Akshay Kumar.

With Akshay Kumar, his co-star Kiara Advani also made her appearance in the show. She is also a part of the movie Laxmmi Bomb, where she played the role of the love interest of the character of Akshay Kumar.

The movie is scheduled to make its release on November 9, this year. A lot of excitement is buzzing around. The fans are excited to see the comedy-thriller Laxmmi Bomb.