Home Bollywood Pulkit Samrat And Rana daggubati will be seen in next Multilingual Drama... 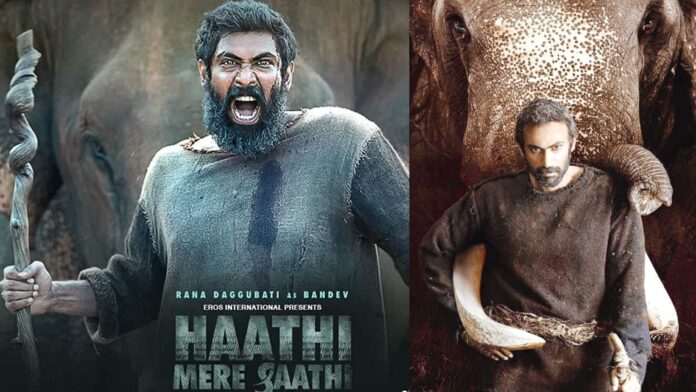 Eros motion pictures announce a multilingual Drama Film titled Kaadan(Tamil), Aranya(Telugu) And Haathi Mere Saathi (Hindi) is an upcoming Indian drama film directed by Prabhu Solomon, It features Rana daggubati, Vishnu Vishal, pulkit samrat,  shriya pilgaonkar, and Zoya Hussein in the lead roles. The film was simultaneously shot in Tamil, in Telugu as Aranya (transl.Jungle man), and in Hindi as Haathi Mere Saathi(transl.Elephants are my friends), each with slightly different cast members. The film was announced on 13 December 2017 with the first look released on 1 January 2018.

The film has written and directed by Prabhu Solomon. And producing and distributing by leading film distributing company Eros international.

They write “While the world deals with a deadly pandemic today, our forests have been fighting a growing pandemic of human encroachment for a long time! When will this stop!? Watch #Kaadan releasing on Pongal 2021 only at a theatre near you!”

Shriya pilgaonkar as Arundhati and other supporting casts who are slightly changed as per each language version.