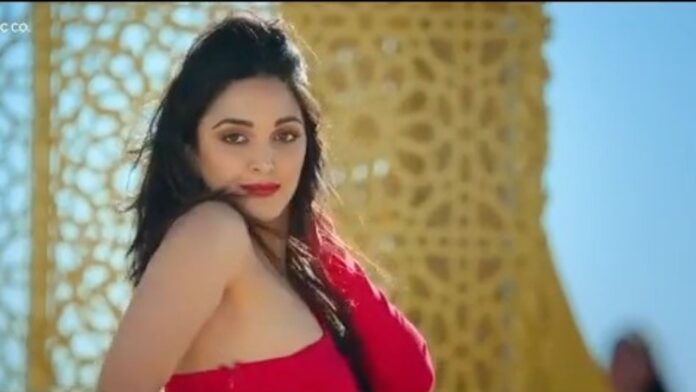 Akshay Kumar and Kiara Advani starer movie ‘Laxmmi Bomb‘ is soon going to have its first song release. The song ‘Burj Khalifa‘ of Laxmmi Bomb will be out tomorrow. Ahead of it, the teaser has already created a big buzz among the audience. Not only this, ‘Burj Khalifa‘ is expected to be the biggest party anthem of the year.

Akshay Kumar and Kiara Advani in the teaser are looking extremely ravishing in the exclusive location of Dubai. The song also features the world’s tallest building Burj Khalifa. Along with it, Akshay Kumar and Kiara Advani who are playing the lead roles in the movie ‘Laxmmi Bomb‘ will set the stage on fire with their amazing chemistry and moves all around the city of Dubai.

The actors are also very excited about the release of the song. Kiara Advani took to Instagram to share the video. Sharing the teaser Kiara wrote, “SONG OUT TOMORROW! #BurjKhalifa#FoxStarStudios #DisneyPlusHotstarMultiplex.”

The video was also shared by Akshay Kumar with a caption, “Get ready for the first and biggest party anthem of the year tomorrow, #BurjKhalifa Song out tomorrow.”

Meanwhile, in the trailer of ‘Laxmi Bomb’ Akshay will be seen as a character possessed by a transgender ghost. ‘Laxmi Bomb’ the remake of a Tamil film Muni 2: Kanchana. Directors being the same, Raghava Lawrence, the movie is produced by Shabinaa Khan and Tusshar Kapoor. The audience is eagerly waiting for this complete power-packed comedy horror movie and the never-seen-before acting skills of Akshay Kumar.

Don’t miss out on the much-awaited song ‘Burj Khalifa.’ The song will drop-in tomorrow.