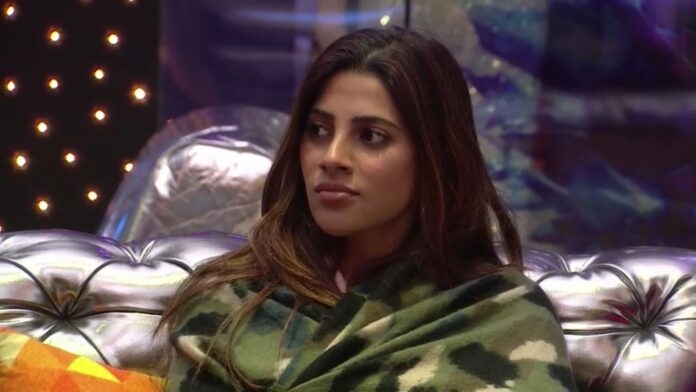 The new promo of Bigg Boss 14 is quite twisting and interesting. Nikki Tamboli has become the first confirmed contestant in the Bigg Boss house by seniors but other freshers aren’t happy with this decision. But now the scene has completely turned, In the promo, you will see that Bigg Boss will give the rest of the freshers the chance to make Nikki Tamboli a confirmed member or TBC like the rest of the freshers.

Jasmin shares her opinion, she says that she don’t think that Nikki deserves to a confirmed member because Nikki changes her personality on daily basis and Nikki’s real side, her tone are very bad.
Jasmin also says that Nikki misused her privilege, she says whenever we do any task, we give glimpse to our personality, But Nikki’s attitude is very negative, abusive and plays game in an ugly way.
Later, Nikki responded to Jasmin, Nikki says, ‘I think you are very foolish’.

Nishant Singh Malkani and John Kumar Sanu also spoke about Nikki’s Attitude, they says that Nikki should be the real her, she has lost her routes, her values ​​and her friends, and somewhere she has become baseless and also she is selfish.

Now the thing to see is whether Nikki remains a confirmed contestant or TBC is tagged on her, the upcoming episode will be really interesting to watch.