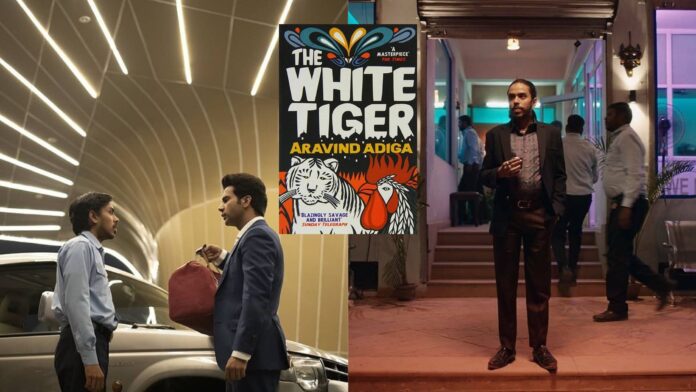 The biggest OTT platform Netflix shared the first look of Priyanka Chopra with Rajkumar Rao and Adarsh Gaurav in the upcoming original film “The White Tiger”. It will be directed and produced by Ramin Bahrani. He is an American director, well-known for his award-winning films Chop Shop, At Any Price, Fahrenheit 451, and 99 Homes. From his previous works, it is expected to be an excellent work with such brilliant actors.

Priyanka Chopra when was asked about her perspective she said, ‘I’m so excited to work with Ramin Bahrani and Netflix to bring Aravind Adiga’s poignant story to cinematic life. When I read the book, I was fascinated with the perspective of the narrative. The story’s portrayal of raw ambition and the extent one will go to achieve one’s goals is riveting. I look forward to filming this in India this fall and also working along with Rajkummar Rao for the first time and the wonderful cast Ramin is putting together’.

Priyanka also shared her first look on her Instagram captioning it “So proud to present the first look of THE WHITE TIGER.” According to her, the characters cherish under the hand of Ramin.

The story is based on the book by Arvind Adiga, which won the Man-book prize. This book is about the family of Balram Halwai. His bringing up in a poor family in Laxmangarh village, made him an entrepreneur in the plot of Modern India. He will be a driver of a man in Delhi and later kills the man. Hunger can drive people to do anything – it will be cleared through this film. According to Priyanka, the audience will view some scenes of powerful and embarrassing scenes too. Priyanka is acting as Pinky Madam, who is a first-generation immigrant in the US. She is in India with her husband. This character is very applicable to Priyanka herself.

According to the sources “The White Tiger” will be streaming from December on one and only Netflix.

Bad news for the fans of Aamir Khan, the film ‘Lal Singh Chaddha’ will not be released this year, know the reason

Kapil took a jibe at Kangana Ranaut, “Channel was telling that wherever it goes it...

Bigg Boss 15: From Arjun Bijlani To Divyanka Tripathi Dahiya- A List Of Contestants Who...

Mere Apne: Meena Kumari was very ill during the shooting of this film, was counting...

Prabha Deva to join Dance+ Season 6 as a special guest