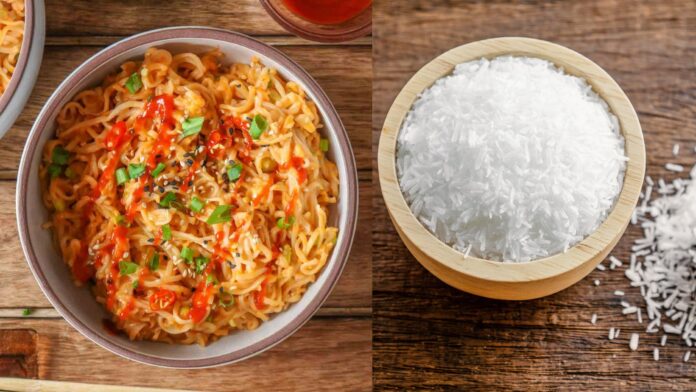 Monosodium glutamate called as MSG is a food additive that has been added to ready to eat or processed foods. It helps in increasing the savory/meaty flavor of food also called umami which is the fifth flavor apart from sourness, bitterness, sweetness, and saltiness. Glutamic acid can produce it.

Consumption of MSG has been associated with asthma, headaches, and brain damage. There have been also been reports around some people experiencing MSG allergy. Very few studies have been conducted around MSG and even FDA has termed it as safe to use.

Some claims surrounding why Monosodium glutamate is unsafe are:

Some people have found to produce allergic reactions to the consumption of MSG. The symptoms include headaches, nausea, vomiting, burning sensation in the mouth/stomach. Severe symptoms would include chest pain, swelling of throat/face, difficulty breathing, fatigue, abnormal/rapid heartbeats.

According to a 2008 study involving 752 healthy Chinese people, participants were asked to add MSG in food preparation. An average intake of 0.33g/day was added to the supervision of trained interviewers. It was seen that there was an increased prevalence of overweight/obesity in people who consumed MSG. Another contrasting study though conducted in 2014 proved otherwise. According to this study, the addition of MSG to soups increased satiety after soup consumption.

According to a study conducted in 2013 MSG when administered in mice increased the risk of obesity along with impaired glucose tolerance and insulin resistance. Serum levels of resistin (suppresses insulin action) and leptin (increases hunger) also increased. A study conducted in rats in 2019 also supported this claim though there are no sufficient human studies to prove this.

As MSG is a subset of glutamate which is an excitatory neurotransmitter, excess consumption of MSG has been associated with causing brain damage and swelling as well as neuronal death. The reason according to some scientists is that glutamate crosses the blood-brain barrier and causes these effects though again there is not enough evidence on this.

According to a 1987 study excess consumption of MSG triggered asthma in subjects yet another study conducted in 2012 found no association between MSG and Asthma.

So from the above studies, we can see that there are contrasting results seen regarding the safety of MSG. It can be either safe/unsafe and more studies need to be warranted in this area though consuming a balanced diet with whole foods is recommended by health experts over cheap processed foods (that contain MSG) any day.

Farah Khan praised Kartik Aaryan, then the actor hit the spot, said- ‘Make something with...