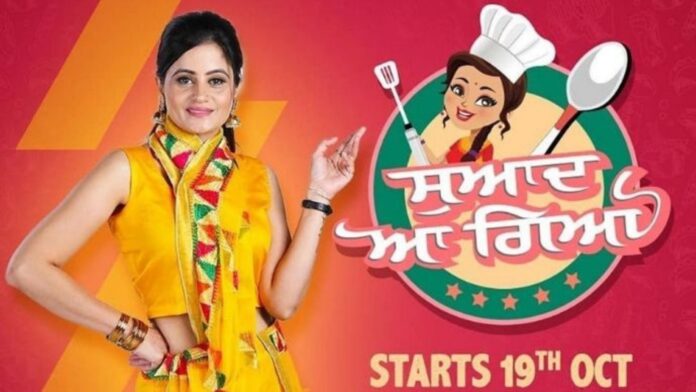 Punjabi food is loved by all. Yet, it doesn’t come out as flavourful as it is served by Punjabis. So to teach the public the Punjabi food via simple recipes Zee Punjabi has introduced its first non-fictional reality show Swaad Aa Gaya. It will be going to be premiered on television from 19 October, Mon-Fri at 12:30 PM. The show is hosted by none other than Masterchef Sakshi Batra who is a prominent chef and the winner of many titles like Punjab De Superchef 2, International Wonder Woman Award many more.

The show’s host has promised its viewers that it will turn every household food flavourful. It has also said that by following the recipes shown in the show one can resist their child from eating junk food. Viewers have high expectations regarding the show. Let’s see how far they are fulfilled. Zee Punjabi has been able to entertain its audiences with many amazing shows like Kamli Ishq Di, Khasma Nu Khani, and many more.

The promo seemed very promising. In the promo, one can see how Sakshi is giving a final touch to some egg salad and on the other hand lip-smacking paneer tikka is being prepared.