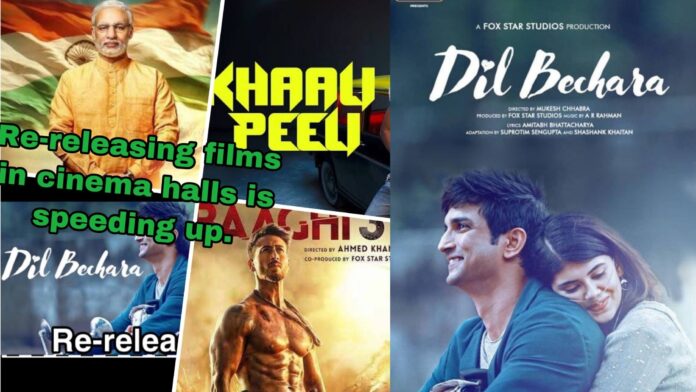 Re-releasing Bollywood films is speeding up in cinemas:

The response over re-opening cinema halls is another level, where new releases films are absolutely ready for Re-releasing on the floor there are makers are treating it another chance to continue their film to be re-release as due to the sudden lockdown they didn’t make enough business!

Sandeep singh the producer of Pm narendra modi biographical film announced it’s re-release and it will be the first post lockdown film which will be come to the screen first!

The last year released directed by zoning kumar and produced by Sandip singh and Suresh oberoi starrer Vivek oberoi is all set to release first as the first film of the post lockdown!

Narendra Modi, who starts off as a poor tea-seller, rises up to several challenges in life and finally gets elected as the 14th prime minister of India.

Film had made a total collection of only 14.70 Cr. So the makers have decided to jump in the race with other film makers who have announced their films re-releases!

Other films which were announced for their re-releases are–

and now PM narendra modi film will be the 4th film which will be re-released in cinema halls!

Wedding or any festival, can be ready like Katrina Kaif, people will look back again and again

“Sometimes It’s OK To Do Nothing”