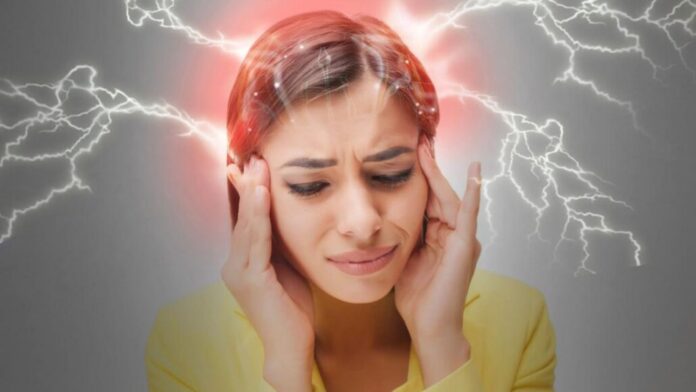 Migraines are recurring throbbing headaches that might often be accompanied by nausea, vomiting, mood swings, light/sound sensitivity and aversion to food or increased appetite. It might vary in intensity.

Some ways to treat migraines at home include:

Regular sleep timings: Lack of sleep can trigger migraines in certain people. Excess sleep has also been known to trigger migraines. Sleep disorders like sleep apnea, insomnia have also been shown to cause migraines. Hence it is important to have proper sleep schedules. Avoid any distractions like cell phones and also make sure to make your room dark, be relaxed before going to sleep. Having a cup of warm milk before going to sleep also helps.

Stress: Excess stress can also cause migraines in some people. Be sure to share and communicate your feelings well with your friends, family or anyone who is close to you. Also make sure to indulge in some hobbies you would like to do.

Putting an ice pack on your forehead: Placing ice cubes in a plastic pack or just moistening a cloth with cold water and placing it over your head can help relieve pain. Cold might constrict blood vessels thus reducing flow of blood and may reduce ability to feel pain.

Massage: According to a study conducted in 2002 published in American health association, a 30 minutes massage therapy was able to relieve pain caused by headaches. In yet another study conducted in 2014, massage therapy was able to reduce intensity of headaches. A good massage helps in relaxing the muscles and releasing the pressure on the nerves and blood vessels.

Avoid certain foods: Oily, processed foods must be avoided and so is alcohol as they can trigger headaches. Foods rich in fiber like whole grain cereals, whole pulses, leafy vegetables and fruits should be consumed.

Dehydration: Lack of water can also cause headaches. There is loss of electrolytes and lot of water during a hot day through sweat and hence it is essential to replenish our body through water.