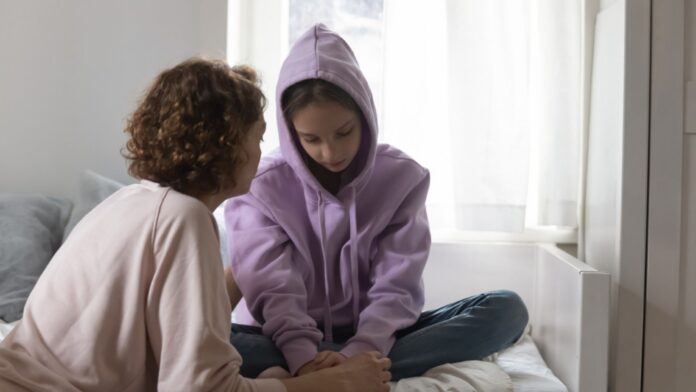 In the digitally active lifestyle of today’s generation, a lot of psychological factors concerning children remain unnoticed. This psychological imbalance should not be ignored as they can affect the growth of an individual.

Schizophrenia is probably one of the most misunderstood psychiatric diagnosis. It is a psychotic disorder which generally begins in late adolescence. It’s a condition of functional abnormality of the brain which affects the way a person perceives the world. People are often afraid of certain psychotic symptoms and they tend to avoid the person suffering from Schizophrenia.

Medication: Early stage diagnosis coupled with appropriate medication can reduce the impact of Schizophrenia on an individual. Medication helps in controlling the brain’s cognitive and emotional functioning.

Psychological Treatments:  For someone with Schizophrenia, “Talk Therapy” can turn out to be extremely helpful as it can help in controlling the thoughts and emotions.

Nearly 1 out of 3 teenager experiences Generalized Anxiety Disorder (GAD). It can impact a teen’s life to the extend where they would not even step out of the house. Anxiety Disorder can be explained in a way that it disrupts the way brain controls the signals it uses to identify danger. Therefore, a person starts experiencing danger signals even when there is no danger.

Medication: Benzodiazepines and Serotonin Specific Reuptake Inhibitors (SSRIs) are considered to be effective medication in the case of Generalized Anxiety Disorder .

Psychological Treatments:  Cognitive Behaviour Therapy has been found to be the most effective therapy for Generalized Anxiety Disorder. It helps in coping up with the deep rooted fear that the patient might have. Talk Therapy goes hand in hand with Cognitive Behaviour Therapy. It helps in controlling the pace of thoughts and emotions in the mind.

ADHD is basically a chronic inability to maintain attention and focus with potentially some impulsivity and hyperactivity. Though the ADHD symptoms are usually present at the age of 12 but it is generally diagnosed after a child enters the school. Five percent of children suffers from ADHD.

ADHD in children is often accompanied by other mental issues like anxiety, depression and Oppositional Defiant Disorder.

Medication: Stimulants and some type of anti-depressants are some of the commonly used medication for curing ADHD.

Obsessive Compulsive Disorder is a specific type of anxiety disorder characterized by the obsessions and compulsion. Obsessions are recurrent and intrusive thoughts that are typically unwanted. These obsessions or unwanted thoughts then leads to compulsion, which are actions that are performed to reduce the anxiety caused by obsession. Sometimes, patients may feel compelled to rearrange things because when they are out of order, it causes anxiety and discomfort.

OCD affects around 3%of the population. It usually starts in childhood or in the teenage.

Psychological Treatments: Cognitive Behaviour Therapy can be helpful for treating a OCD patient. It shows people how to overcome their obsessions and compulsions by changing their way of thinking or by controlling the intensity of their thoughts.

The prime reason for depression to become prevalent in teenagers now is the lack of interpersonal social interaction. The continuous social life makes it difficult for the child to stand before an adult and have a conversation without looking at any screen. Depression is not just about feeling sad. It’s more like a situation where a person loses control over the way they feel. It’s like a negative lens through which they see and experience the world.

Medication: Various type of anti depressants are used to control emotions and thoughts by the doctor.

Psychological Treatments: Cognitive Behaviour Therapy and Interpersonal therapy, both can be helpful in making the patience feel like they can open up to someone. Also, it helps in controlling the emotions.

Oh My God 2: Paresh Rawal Will NOT Share Screen Space With Akshay Kumar For...