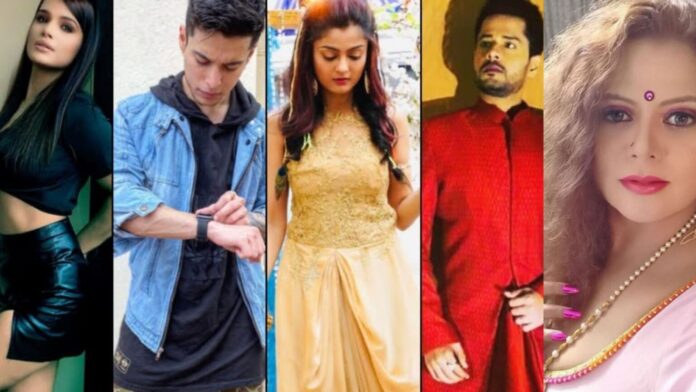 Bigg Boss 14 has already made a lot of headlines and is going to be quite a hit.

On the other side, there are 5 wild card entries to be made in Bigg Boss 14 in the coming two weeks, which is creating excitement among fans. There is a lot of gossips about wild card entry. Sources have revealed that The wild card entries have been quarantined at a hotel in Mumbai.

The first of which is being told of the confirmed name, splitsvilla 10 winner Naina Singh, She is a television actress and model.

It is also being told that Pavitra Punia’s ex-boyfriend Prateek Sahajpal is scheduled to enter into the house.
Apart from this, Shardul Pandit and Rashmi Gupta are also going to enter Bigg Boss 14 house. (according to the sources)
Rashmi Gupta is an Indian television actress, known for C.I.D. and Shardul Pandit is also an Indian television actor. They will all be kept in the secret room on next ‘weekend ka vaar’.

Along with all this another name is coming out, that is Sapna Sappu aka Sapna Bhabhi. She is an Indian adult actress who mainly know for her role Sapna Bhabhi.
Though, no confirmation has yet been made about Sapna Sappu’s participation in Bigg Boss season 14 and the date of entry.

According to the news, several former contestants including Shehnaaz Gill, Prince Narula are also coming as guests in the house and will also give tasks to the contestants of the house.

Kumar Sanu’s daughter revealed that she has never talked to her half brother Jaan!!

Pavitra Rishta 2: Ankita Lokhande Celebrates The Premiere Of The Show With Her ‘Real-Life’ Manav...