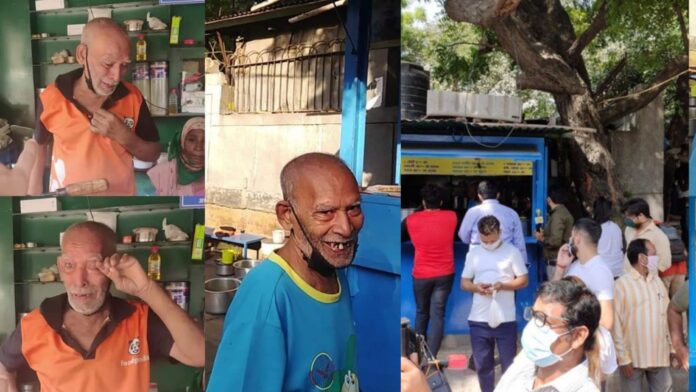 When the video of Baba ka Dhaba in Malviya Nagar went viral, the Delhites reached his dhaba and enjoyed pea cheese, roti, rice. Seeing Baba’s tears, Delhites reached Baba ka Dhaba to wipe his tears and filled his bag with happiness. The people of Delhi gave him happiness but his own did not help him, Baba Kanta Prasad has 2 sons and a daughter, these three do not help him.

Kanta Prasad and Badami Devi have been running Baba Ka Dhaba for many years in Malviya Nagar of Delhi. Both are over 80 years of age. Kanta Prasad says that he has two sons and a daughter but no one helps him and he does all the work himself.
In the last 24 hours, the video of Baba ka Dhaba went viral. After this, there is a crowd of Delhiites to eat pea cheese at their dhaba. Along with this, many big personalities of the country also raised their hands to help by sharing this video. Also, they have appealed on Twitter to people to go to eat their food on Dhaba.

Big personalities like Raveena Tandon also say that there are many more people like Baba’s Dhaba, we should come forward for everyone.