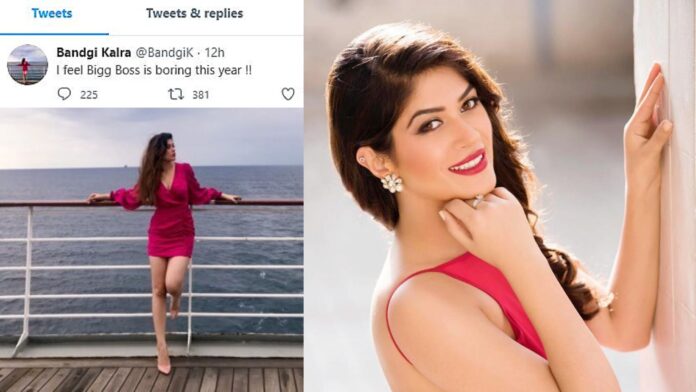 Bigg Boss viewers and twitter users replied to Bandgi Kalra’s tweet that she is getting jealous of Hina Khan. As everyone knows in Bigg Boss 11, Bandgi and Hina did not have good relations. Maybe Bandgi had still grudges towards Hina.
One of the Twitter users called it “still much better than watching #gandgi“

Let’s wait for a few days, it might be entertaining also.