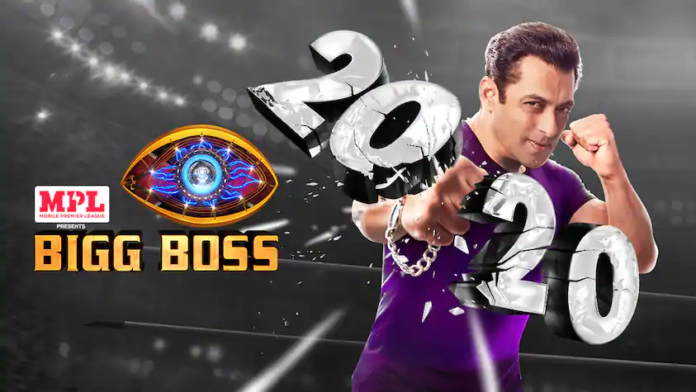 Bigg Boss 14 contestants: “Ab Scene Paltega”, the fourteenth season of the Indian reality TV series Bigg Boss premiered on October 3, 2020 on Colors with Salman Khan as its host for the eleventh time. The show has always been the talk of the town for its edgy controversies, lavish sets and unique concept. The show is back this year and is all set to establish new records. So without any further ado, lets look at the list of Bigg Boss 14 contestants.

Well established faces on Indian television, Rubina and husband Abhinav entered hand in hand in the big boss 14 house as couple participants. Rubina, who is known for her roles in Chotti bahu and Shakti said that she won’t let relationship with husband come between the game, in an interview , adding that ‘We are not a typical PDA couple’
Both have been usually private about their marriage, and entering into the big boss house is quite a surprise that they have given to their fans.

Khan is a film and television artist who is recognized for his roles in movies like Tanu weds Manu and many hit television serials, He appeared in a few hit music albums in the early 2000s as well. He got his first break as the lead in Kavyanjali in 2005.The actor introduced himself as someone who likes being isolated and prefers the company of animals over human beings. He has also talked about being in depression and how therapy helped him get out of it.

Loved for her bubbly personality, Jasmin became a household name with TV shows like Dil se Dil tak, she made her debut with a Tamil film and has done various shows and serials since then. Fans loved her natural funny self in reality show Khatro ke khiladi. In an interview she had said that reality shows are good for actors as they keep them connected to their true selves. Let’s see how The Khatro ke khiladi finalist deals with the Bigg Boss 14 house.

Malkani made his debut with Star One’s romantic show Miley Jab Hum Tum and has worked in several shows including Sasural Genda Phool and Ram Milaye Jodi. His latest tv show had been Guddan tumse na ho payega. His cute looks made him a heartthrob on television since his debut. The actor also tried his hands on Bollywood and starred in films like Horror Story and Cute Kameena.. He doesn’t take social media seriously and is looking forward to prove his worth as a good actor before entering into Bollywood again.

Bigg Boss has hosted former contestants of different reality shows like Splitsvilla and Roadies. Prince Narula, the winner of season 9 serves as an example. This year, it is Pavitra Punia who is entering the Bigg Boss house after gaining popularity in Splitsvilla season three.
Born in Uttar Pradesh and brought up in Delhi, she started her career with MTV’s popular show Splitsvilla and ended up as the finalist. Although she aspired to be an IPs officer before entering into the glamour industry, Splitsvila opened up new opportunities for her. She has been a part of various daily soaps including Yeh Hai Mohabbatein, Naagin 3 and Kavach…kali shaktiyo se.

Nikki is a model-actress. Born in 1996 in Maharastra , She is known for her roles in South Indian films such as ‘Kanchana 3’and ‘Thippara Meesam” .
She was introduced as the second contestant on ‘Bigg Boss 14’ at the show’s grand premiere on Saturday and she charmed the audience with her beautiful performance on ‘Dilbar’ . Soon after her introduction, the actress started trending on social media.

It seems Bigg boss makers have had a taste of the popularity of stars of the Punjabi film and television industry since they have signed singer actor singer Sara for the new season. She has starred in various music videos in both Punjabi and Hindi and has also sung a few songs. She reportedly shares a good bond with Himanshi Khurrana, a much popular contestant from season 13, and appears to be a bubbly and charming personality.

Rahul’s career as a singer began with the reality singing show Indian Idol where he made it to the finals and won over people’ hearts with his soulful voice in 2004. Since then he has done songs for movies and albums and even tried radio jockeying and show hosting for a while. This year, he took a chance and entered the big boss house. It would be interesting to see how this otherwise sweet person would fit in the big boss house and make his way.

The next Bigg Boss 14 Contestants is the son of the great singer Kumar Sanu. Kumar is following in his father’s foot prints of continuing in the profession of singing. A few days before his participation in the show, his name had got him trolled on social media and was trending as well. In an interview Kumar said that the show is watched by thousands of people and it would definitely be a step forward in his career goals as he wants to connect with people through music.

SHEHZAD Deol is a model who first came into the limelight when he participated in a model-hunt show, Top Model India, ending as the runner up of the show. On the premiere night, Shehzad had said that he was inspired by Diljit Dosanjh and wants to be the next turbaned star in the modelling industry. He seems to be a very charming and jolly person who is already winning over people with his attitude.
Let us see how these Bigg Boss 14 Contestants make their way up to the show and the hearts of people. Until then, stay tuned.

Shehnaaz Gill not ready to return to work amidst the loss of Sidharth Shukla? The makers of Honsla Rakh are still waiting to...

Zee Tv’s Humari Wali Good News: All you need to know about