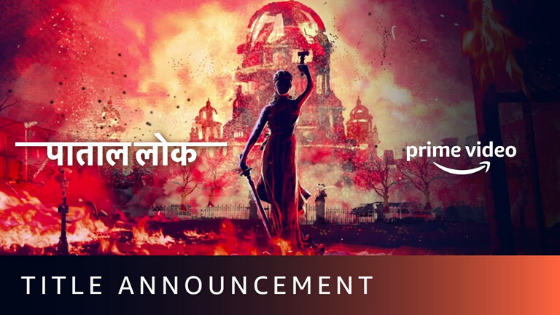 Anushka Sharma is coming up with the amazon prime web series title as Paatal Lok. The release date of Anushka Sharma”s debut in the Production of web series, the thriller web series “Paatal Lok“, has been locked as May 15, 2020.

Anushka Sharma on Friday shared a high-pitch, CGI-loaded teaser on her social media accounts, announcing the release date and also teasing the plotline of the show. “From the underbelly comes a crime thriller that will change how you look at the world you live in. #PaatalLok #NewSeriesOnPrime, May 15,” she wrote while sharing the short clip.

The show has Neeraj Kabi, Gul Panag, and Jaideep Ahlawat in key roles, and the teaser suggests it will be about the dormant, dark and dangerous underbelly — or ”Paatal Lok” of the seemingly peaceful world we live in.

Without revealing characters, the video uses dark graphics and animation to paint a sordid picture and shows how truth and justice are shunned when demons roam the earth in the garb of humans.

In the teaser, a bespectacled and suited newscaster morphs into a ten-headed demon and spreads hatred, and the blind lady of justice is soaked in blood. A park becomes a cemetery and a city catches fire.

Exploring the dark recesses of immorality, the series aims at being neo-noir entertainment that is inspired by the traditional concepts of Swargalok (heaven), Dharti Lok (earth), and Patal Lok (netherworld), and delves into the interplay within the four estates of democracy.

Earlier this week, Anushka had shared another teaser for the series. It showed blood spattering on-screen with the narrator saying: “The countdown has begun. To change the laws of the land, worms have crept in, who will spread terror and shed blood. They will turn the world into a living hell.”