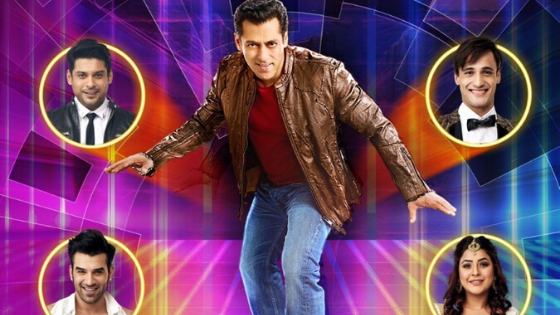 Bigg Boss, always sizzling show airing on Colors TV and Voot is the hot favorite since its first season. Having Salman Khan as host, it is the most TRP occupying show on Colors TV.

Everyone is waiting for who will become Bigg Boss 13 winner. Finally, after 3 months wait to know about Bigg Boss 13 winner is going to be over, now a few hours are left in the grand finale and then everyone will know that Bigg Boss 13 Winner. This season of Bigg Boss has been very interesting from all the previous seasons, Makers kept interests of all the fans in the show by interesting tasks and dramas till the end, that’s why viewers is very excited to know the winner and grand finale of Bigg boss13.

In a few hours from now, Salman Khan will announce the name of a contestant who has got the most votes from viewers. In the finale, Siddharth Shukla, Aseem Riaz, Aarti Singh, Shahnaz Kaur Gill, Rashmi Desai, and Paras Chabhra any 1 from these 6 contestants will win Bigg Boss 13 Trophy.

In the finale of Bigg Boss 13, there is a tough competition between Asim and Siddharth. Hopefully, one of them will be a winner, but it is interesting that Google has declared Paras Chabhara as a winner before the finale. as you search for Bigg Boss 13 winner on Google Then you will see the name of Paras Chabhra as the winner.

It is believed that this season has gained the highest interaction with the crowd and became popular amongst the youth. The show is on air from 29 September 2019 with Salman Khan as host. This “Tedha” season is full of twists and turns with unpredictable situations. It adds thrill and fun factor into the show by making it hot famous.