Home Entertainment Lamberghini Girl – Ragini Tandan all set to release her next song... 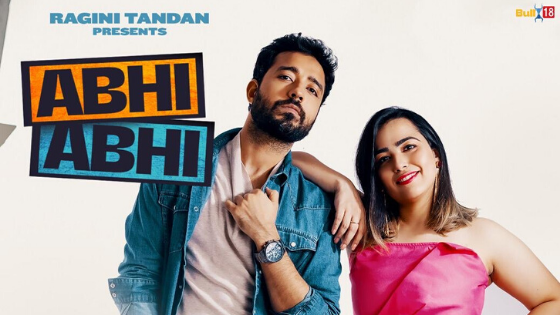 After getting the entire nation to dance on her song, the Lamberghini sensation Ragini Tandan is coming with her new song. Recently, in an interview, she mentioned that she is working on a lot of fresh music and will drop a new track soon, though she was reluctant to reveal when the song will be out.

But recently, Ragini took to her Instagram and announced her next single with the ‘Tiger Zinda Hai’ actor – Paresh Pahuja, stating – “After a lot of sleepless nights, I am excited to present to you the first look of my next single #AbhiAbhi with Paresh Pahuja and written and composed by my brother Shiv tandan.”

Ragini said, “My previous track Lamberghini was a great hit and people started calling me ‘The Lamberghini Girl’. This time I am coming up with a duet called “Abhi Abhi”. The male part has been sung by Paresh Pahuja and it was fun working with him.” She added “I never thought how far my song Lamberghini will go but the results were amazing and I feel grateful for that. Let’s see what we have in store for ‘Abhi Abhi’.”

A source close to them confirmed that the song is a romantic number with the story around new-age love and is all set to release around Valentine’s Day.