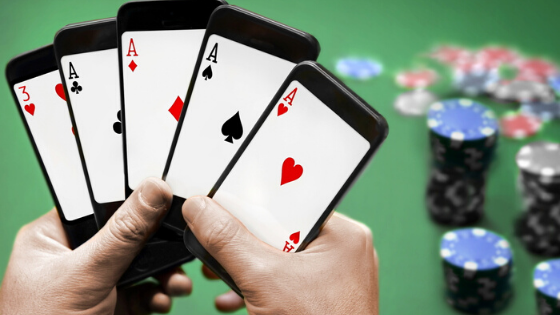 The Indian market for online casinos is growing all of the time. More and more players are moving over to trying out casino games in an online setting. This means that there are more online casinos available to Indian players than ever before. The range of options has allowed Indian players a large amount of choice which hasn’t always been the case in the past. So, how have things changed in recent years?

Because there are more choices available to Indian players now, it means that playing at an online casino is safer than it has ever been. How has this happened though? Well, firstly regulators have come into play which has forced casino operators to clean up their act. It means that in the modern world, very few online casinos behave in an illegal manner. The introduction of regulators ensured that there were rules in place for how casino operators had to behave, it meant that players were protected much more than they had ever been before. This protection means that players are safer in every single possible measure than before.

The addition of more online casinos also means that unscrupulous casino operators have slowly died out. This is because in the past there weren’t many legitimate casinos out there, so players who wanted to play at an online casino either played at an illegal casino or didn’t play at all. Because now there are a lot of legal casinos it means players have the ability to choose where they would like to play and so can avoid illegal casinos. This has caused a lot of them to die out and legitimate, trustworthy casinos to take their place.

What is important to recognise is that if a casino doesn’t have a licence from a trusted regulator in place then it could be a red flag. Make sure to look out for this when choosing an online casino. If they don’t have a regulator then you should probably not play there.

What’s legal and what’s not legal?

It’s actually a little bit of a grey area, but the government in India have clarified things with how they have behaved towards online casinos. Essentially, the only casino games that are allowed in India are games that are based around skill. This is where the grey area comes in, because most casino games are a mix of both skill and chance. What helps clarify the position a little bit more is that the Indian government hasn’t acted towards any online casino that offer casino games over the games they offer to players. It appears that they recognise the mix of skill and chance involved in the games means they are able to pass through the tests in place for the law.

It means that pretty much every kind of casino game can be played by Indian players. The casinos do tend to be hosted offshore though, this is in order to avoid the sometimes harsh restrictions that Indian gambling laws have in place.

What can make it difficult for Indian players is the lack of specific Indian regulatory body. Because gambling is still quite a taboo subject in the eyes of the government, it means that a licencing body still hasn’t been put in place. This makes it hard to know where is a safe place to play and where isn’t. However, there are some things that you can look for that will help you out.

The first thing is the casino having a regulator in place. If there is a regulator in place then this is instantly a good sign. It’s also worth looking into which regulator has offered a licence. The UKGC and the MGA are two of the most strict and well respected regulatory bodies in the world. If the casino you want to play at has a licence from either of these two regulators then it’s a sign that they are likely to be a trustworthy casino.

Secondly, looking if they have been tested by any independent bodies. Companies like eCOGRA will carry out testing to ensure that the games on offer are fair. If an online casino has been willing to submit itself to testing from a company like this then it means that they have nothing to hide and are likely a trustworthy company. This also means that the games on offer a legitimate versions which is also an important consideration to take into account.

Finally, it’s important to look for reviews of online casinos. If you can find a review that tells you about what a casino offers to customers as well as how they carry out business then it will give you an insight into if they are worth signing up with. Knowing what casino experts have to say about a casino is an important aspect in carrying out research.

There are just two main red flags that you really need to attempt to spot. The first is the lack of regulation from a recognised body. This means that the casino doesn’t comply with any rules and regulations and may attempt to take advantage of you, this is the first big red flag that you need to look out for.

Secondly, it’s important to check if the contact information is readily available. Any online casino that tries to make it hard to get in touch with them could have something to hide and should be avoided.

What taxes do you pay?

While the tax rates can change at any time, the current tax rates that are in place for winning from online gambling are 30.9%. This is because the income tax that’s in place is 30% and there is also an additional tax in place to pay for education within the country. So the total is 30.9%. This tax will have to be paid. If you choose not to pay the tax then this is the only way that you will get in trouble with the government for playing at online casinos in India.