Home Television Another Big Hit Is On Its Way, This Time From Sonali Jaffar:... 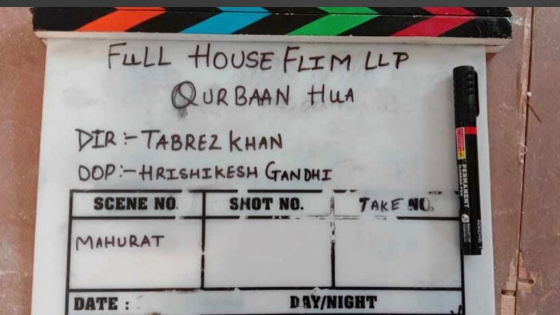 Written by Producer turned writer Sonali Jaffar, a golden pen writer of some well-known family TV shows like Bahu Hamari Rajnikant and Tujhse Hai Raabta, Qurbaan Hua is on its way to glam and fame.

Karan Jotwani may be seen in the lead male role. he is a polished gem, who has worked with Zee Entertainment for Aap Ke Aa Jane Se.

Zee TV Qrbaan Hua plot is not revealed yet. But, it is supposed to be a romantic drama show. As per our latest news reports, Aayam Mehta and Sonali Nikam will be seen in pivotal roles. Nishad Vaidhya, last seen in Amita Ka Amit may join them in one of the important roles.

Sonali has got a massive response for her previous shows like Kahani Ghar Ghar Ki and Thujh Sang Preet Lagai Sajna, which have gathered immense love and popularity from the audience.

It is said that a newcomer actress will be cast against Karan Jotwani for Zee TV Qrbaan Hua. it is surely going to exciting to see the prominent actors of the cinema industry in the upcoming show.

As the name suggests, Zee TV Qrbaan Hua might be a show based on Muslim religion and lifestyle. As we have seen in the previous one Qubool Hai.

Stay tuned for the latest updates. and let us know your favorite character amongst all. Don’t forget to visit us regularly for the updates of television and cine Gossip.