Home Entertainment Ravneet and Youtuber Mumbiker Nikhil will lit your hearts with their upcoming... 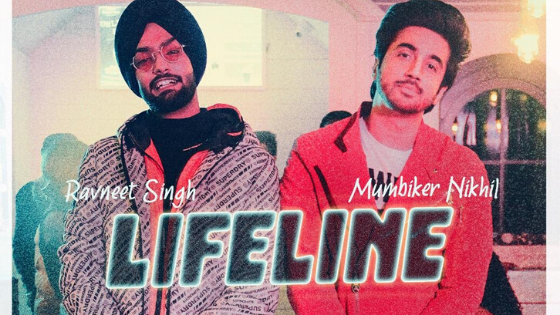 Finally, “Lifeline” will be released on 20 January 2020. We will see the heartthrob of youth Ravneet Singh and the famous moto-vlogger Mumbaikar Nikhil sharing screen for “Lifeline”.

Finally, our wait will over and we will see them performing on the album number directed by Honey Rao. The lyrics of “Lifeline” are given by Ravneet Singh and music is given by Sumneet. Lifeline is voice Ravneet, featuring Mumbaikar Nikhil is going to be a huge hit.

We will see Mumbaikar Nikhil, acting in a song, for the very first time. He is very excited about the song and release. The recently launched poster of “Lifeline” has risen the excitement among the youth.

Ravneet is a famous anchor and actor who has given fabulous albums like “I like you” and “Attachment”. He has a huge fan following because of his charming voice and super talented personality.

We all know our famous Youtuber who has introduced Moto-vlogging in India. None other than, Mumbaikar Nikhil. After his famous youtube journey, he is going to be featured in “Lifeline”. It would be his first-ever project in the music industry. Having a massive subscriber base on Youtube,  Mumbaikar Nikhil has got fame from his vlog of Leh Ladakh trip. He is a YouTuber, vlogger, and social media influencer.