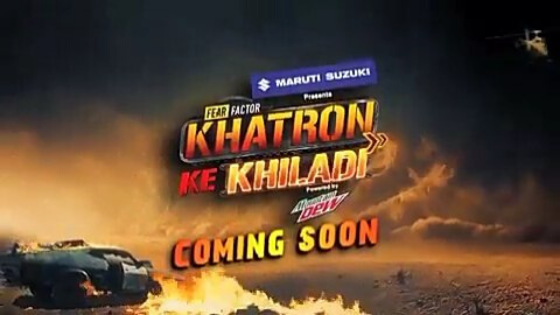 Khatron Ke Khiladi season 10 is a stunt-based television reality show which is inspired by American show X-Factor. The show has successfully completed 9 seasons and the next season is announced recently.

In this show, the contestants have to complete the task given by the host. We have seen many popular celebrities of Bollywood till now in this show. They have to perform such weird tasks like staying for few minutes with lizards and other insects. In season 9, we have seen Bharti and her husband Harsh taking part in the show.

The most awaited show Khatron Ke Khiladi season 10 will start soon. Official start dates are not announced yet, but it is said that the show will start in February 2020.

The famous director and filmmaker Rohit Shetty will host the show just like every other season. The recently launched promo is showing Rohit Shetty in a new look. He was announcing the most exciting show at Darr Ki University. Some famous celebrities were seen in the promo of Khatron Ke Khiladi. Rohit Shetty is famous for his dealy tasks allotment to the contestants.

The show will have wild card entries just like Bigg Boss. The shooting of Khatron Ke Khiladi season 10 is already started. All the contestants are very excited to share the pictures on Instagram.

It would be fun to see them performing the tasks given by the host. Stay tuned for further updates.