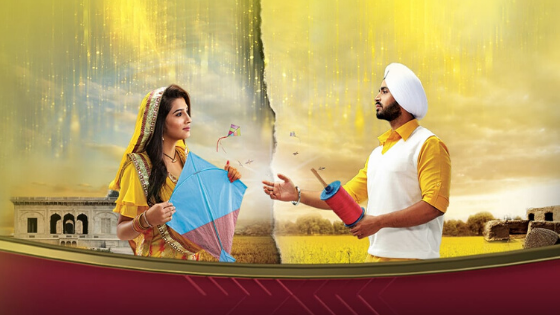 Tu Patang Main Dor is a love story of two hearts separated by a fine line of boundaries of two nations. Zee Punjabi’s most awaited show is a love tale of Aman and Zarina. It is a cross-border relationship of warm blood at the time of India-Pakistan partition.

The newly launched channel Zee Punjabi is all set to become the heartthrob of Punjab with its tasty dish of Entertainment which is full of Romance, Drama, Thriller, Comedy, and Fun. After Heer Ranjha, there is one more love story on its way to Zee Punjabi. But, this one is slightly different from the former one.

Zee Punjabi Tu Patang Main Dor is going to start on 13 January 2020, from Monday to Friday at 8:00 PM. The show could be seen at this time on the Zee Punjabi channel as well as on the Zee5 application at any time of the day.

The newly launched show Zee Punjabi Tu Patang Main Dor has a mind-blowing story with talented actors. The pivotal roles of the show are played by:

Stay tuned for further updates on the show.