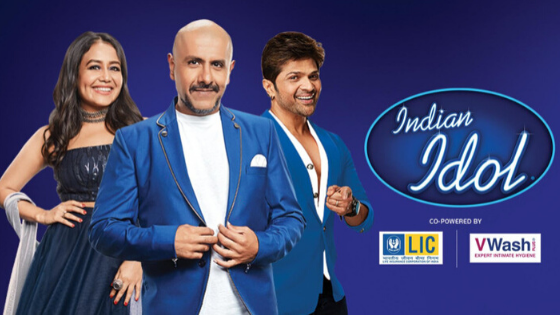 Indian Idol 11 winner: Indian Idol is famous for its representation of pure musical talent hidden in young Indian blood. The show is trending on high TRP since its first season. The show is counted in few top most respected singing reality shows which are considered as a brick of Indian reality show in history.

Indian Idol is a singing reality show, which finalizes the contestants on basis of auditions. The Sony TV show is high in popularity because of talented singers all the time.

Indian idol 11 is moving through a turning point. First, Jannabi Das got eliminated and in the next episode, two wild card contestants entry is totally unpredicted. Before that, almost everyone was sure about the winner. But, let us tell you that the makers of Indian idol have decided to stretch the show, just because of its trending status for long. That’s why the strong contestants are invited as a wild card entry.

However, the wild card entries Annakona Mukherji and Stuti Tiwari are very powerful contestants in terms of singing potential. Let us make you aware about the total of 8 contestants of the show till date:

The contestants are keen to win the show by their outstanding performances. We have seen that the last two episodes were mind-blowing in terms of talent presentation.

Meanwhile, let us tell you the contestants of the previous season of Indian Idol.

Abhijeet Sawant is the winner of the first-ever season of Indian Idol. the talented guy is successful to bring a few assignments in his bucket after the victory.

Sandeep Acharya is the winner of Indian Idol season 2. He has shown the versatile singing talent on the platform and won the title in 2006. Sandeep died due to illness in 2013.

A singer from Darjeeling, West Bengal, Prashant Tamang was the third season winner. He got massive support from his regional fans in his victory. He has tried his luck in the music industry but, unfortunately, didn’t find major success.

The winner of Indian Idol season 4 was Sourabhee Debbarma. She belongs to Agartala. She was the first female contestant who won the title and managed to get various opportunities in the music industry.

Sreerama Chandra Mynampati is the winner of season 5. Being from Hyderabad, the singer has made his recognizing carrier after the show. He has worked in a few renowned albums and awarded some prestigious awards in the coming years.

The winner of season 6 is Vipul Mehta. He is working in music videos on his youtube channel. He has chosen this way to get fame and publicity. He has launched few albums and worked in jingles initially.

L V Revanth Kumar Sharma was the winner of the ninth season. He is from Vishakhapatnam and currently living in Mumbai. Before tasting the taste of success, Revanth has participated in the number of other reality shows. It helped him to earn the experience, which excelled him as a winner of the show.

Salman Ali, from Haryana, was the face of Indian Idol season 10. He was the constant performer of the show since starting. The winner was appreciated by all the celebrity judges along the way. It shows his talent truly.