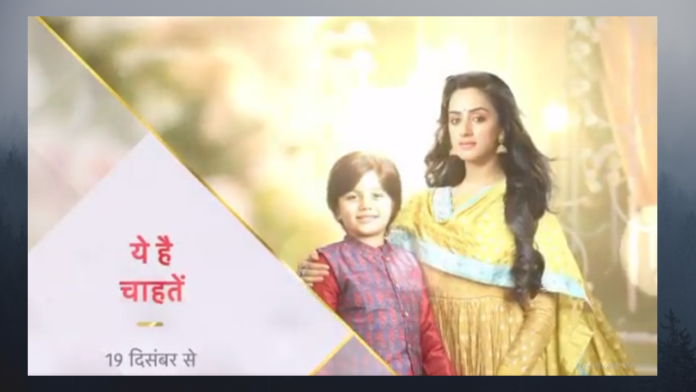 She has announced in her own unique way,” Let’s see if Ishita’s niece will be able to be an outstanding mother and still live an unbelievable love story.”

fingers out it as another serial on social issues, where the lead character is having a child and how would be her life in case she would fall in love? Ekta Kapoor is a famous name for displaying social issues on a silver screen with her art of direction. In Yeh hai Chahatein promo Prisha says in the answer of her marriage, “Kyu ki me Ek bacche ki maa Hui, Baap hoti to kab ki ho jati”. It points out the sensitive issue of our society. In the poster of Yeh hai chahatein , the actress is seen stood firm with her son.

Abrar Qazi and Sargun Kaur Luthra in the lead role, and in addition to this Aishwarya Sakhuja, Vidhaan Sharma, Sidharth Shivpuri, Aishwarya Khare, and Indraneil Sengupta as a supportive cast of Ye Hai chahatein.

Divyanka Tripathi and Karan Patel will be in the guest appearance of the serial, it is going to be a romantic saga of star plus. Now, it would be interesting to see a mother carrying proudly her child with her personal love life.