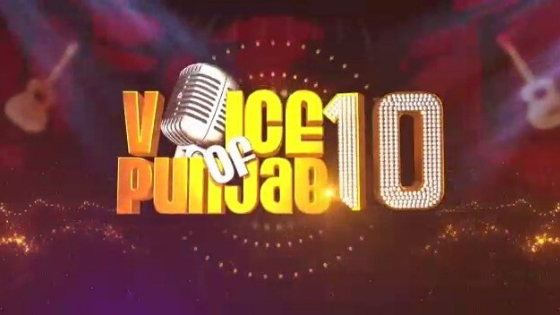 Voice Of Punjab Season 10: Dus Saal Suraan De Naal staring from 9th December 2019. After Completion of  9 High TRP seasons, Voice of Punjab is going to launch the season 10 in India. There is no doubt that the Voice of Punjab is the most famous musical reality show in Punjab with its outstanding performances. Telecasting on PTC, the singing television reality show is one of the best programs on the channel.

So, You are excited to know about Voice of Punjab Season 10, aren’t you?

Voice of Punjab season 10 auditions was held in November. It is a popular television show that provides a platform for all the budding singers of Punjab. Auditions for the Voice of Punjab were held in major cities of Punjab like Amritsar, Bathinda, Ludhiana, Jalandhar, Patiala, and Mohali. A large number of participants were present in the audition to try their luck.

Voice of Punjab has given a platform to many recognized sines to date in the Punjabi singing industry. It is predicted that this season Voice of Punjab is going to be most successful than the rest of other ones. The concept of the show is inspired by the Voice of India.

Voice of Punjab has given flatform to many of the singers like Amarjit Singh, Neha Sharma, And Sonali Dogra to excel their talent in front of the audience.

As it is the 10th season, it is going to be extremely superhit. Being telecasted on one of the most popular channels of Punjab, PTC, it is a time blocker show for most of the Punjabi families.

In the upcoming season, the judges will be  Sachin Ahuja, Kanth Kaler, and Miss Pooja. In addition to this, they will be accompanied by celebrity guests just like every other season.

In previous season Sachin Ahuja, Kamal Khan, Malkit Singh were the judges of the voice of Punjab 9. It went viral in a few months, and at the end of the season, Gourav Koundal from Bilaspur Was the lucky winner of Voice of Punjab season9.

Start Date of Voice of Punjab:

The start date of Voice of Punjab season 10  is 9th December 2019. It is going to be premiered on PTC from 9th December on PTC, No.1 Punjabi Entertainment Channel.

It presents the golden chance for all the aspiring and talented singers from Punjab.

This time as it is the 10th Season Of Voice of Punjab, it is tagged as “Dus Saal Suraan De Naal” meaning it has been 10 years with music now. It is giving connecting vibes to the audience.

Voice of Punjab is famous for its powerpack back to back performances, and it was clearly seen in auditions itself this time.

Host for season 10 will be announced soon on the PTC official channel.

So, Do check this space for all the major updates of Voice of Punjab season 10. And let us know by commenting on what else you want to know from your favorite TV shows.