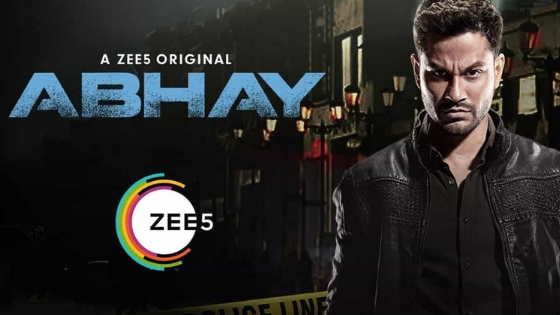 The story of this Zee5 upcoming web series will revolve around an Investigation officer named Abhay Pratap Singh.  Kunaal Kemu is going to play the role of Abhay. He will take charge of finding missing children and will give his 101% in solving the case. The intense gaze available in Abhay Zee5 Web Series trailer makes it very clear that he means business.

Lastly, Kunal Kemmu was seen in Rohit Shetty’s Golmaal Again. This time audience will experience watching Kunaal in a never-seen-before avatar. Further details about the Abhay Zee5 Web Series Cast have not been revealed yet. As soon the details available, we will update the article.

Kunal Kemmu on his Digital Debut:

Talking about his digital debut, Kunal Kemmu had earlier stated, “It’s exciting to explore new formats and push your boundaries as an actor, and Abhay had it all. I am an avid consumer of long format web series like everyone else, and hence I know that a series such as Abhay has all the ingredients that the OTT viewer is looking for. I am very excited to partner with ZEE5, given the content that they have produced and are planning to do in the coming months and I look forward to reaching out to the audience with this action-packed concept.”

Abhay Zee5 Web Series Trailer is already out. Check out the trailer now:

The trailer, released on Wednesday, introduces the audience to Kemmu’s Abhay. “Everyone has the capability of committing a crime and I have the capability of spotting them when they do so,” he says. “The world of crime is very dark and my life breathes in that darkness. I don’t wish to possess a criminal’s mind but I can go to any extent to solve a crime.”

What are your views regarding this upcoming web series? Share your views with us. Are you excited to watch Kunal Kemmu in this new Avatar? Share with us. For more updates about Abhay Web Series Premiere Date, Cast, Story etc. keep visiting our web portal.