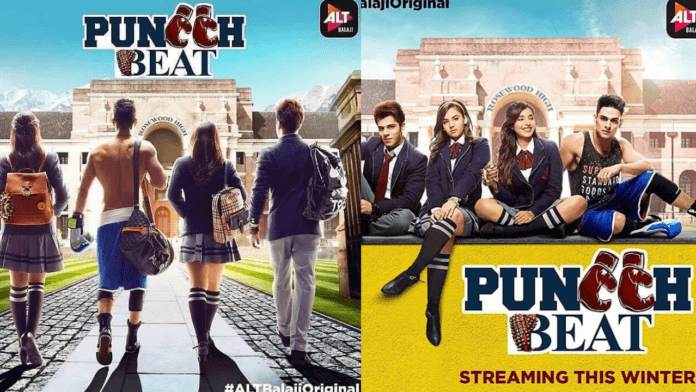 Romance is all set to blossom in the air again with the upcoming series of Ekta Kapoor’s ALTBalaji Web series titled as “Puncch Beat”. According to the latest statistics, till now in terms of providing original content at OTT platform, ALTBalaji is at the top.

Now again, Ekta Kapoor is going to win the heart of youth with this upcoming Web Series. Talking about the Punch Beat Cast then you will be more excited to know the Puncch Beat Release Date after knowing the names.  Well to get all the details to take a look over the below-given details.

The story of Puncch Beat revolves around the life of students of Rosewood High especially Priyank Sharma, Siddharth Sharma, Khushi Joshi, and Harshita Gaur. The Alt Balaji Puncch Beat Web Series is fully loaded with over the top acting, dance numbers, smooching and boys flaunting their abs. Furthermore, Puncch Beat will also provide the all-time drama of a Love triangle where two boys are mad for a girl.

According to the details available, the makers declared the Puncch Beat Release Date on 14 February 2019. Puncch Beat Releasing on Valentine’s Day. Through this web series, Ekta Kapoor will excite the viewers with Romantic and Dramatic Relationships’ between School going students.

Coming up next is Puncch Beat Cast. Well, the ALTBalaji Puncch Beat Web Series Cast includes several names that are popular among the youth.

Once the ALTBalaji Puncch Beat Web Series release, viewers will be able to watch it through online mode or can also download it to watch later. For watching the Puncch Beat Cast you can also visit the below-given link:

Furthermore, you may also download the ALTBalaji APP from Google Play Store. Additionally, you can also hit on the below-stated link to get the application downloaded.

Do you have any questions or views regarding the upcoming web series? If yes, then share with us by stating in below comment box. To get more updates regarding Punch Beat Release Date, Punch Beat Cast, Punch Beat Trailer stay connected with us.