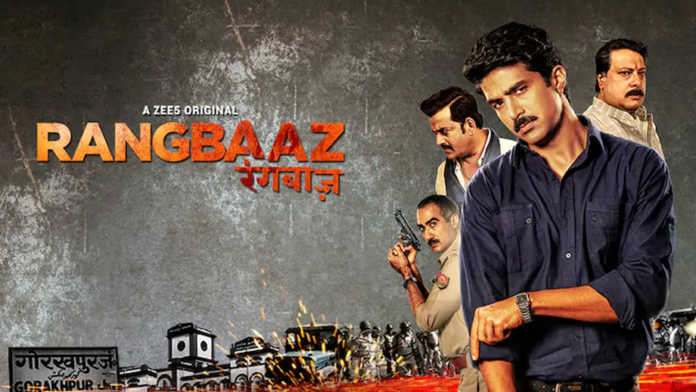 Rangbaaz is a ZEE5 original web series that was released online on 22 December 2018. It is a crime thriller series showing the crime, bloodlust and dirty politics in the 90s in Gorakhpur. The storyline of Rangbaaz is based on the true incidents of Shri Prakash Shukla life. Shri Prakash Shukla was the most wanted criminal/Gangster of Gorakhpur, Uttar Pradesh. In this web series, viewers can watch the whole journey of this most wanted criminal.

Rangbaaz web series story will show the viewers that how a DDU student became a Gangster and get encountered in 1997. Shri Prakash Shukla made his first mistake when some guys teasing his sister. Furthermore, Along with Shri Prakash Shukla’s life, viewers will also get to know about the characters that are important in his life including Hari Shankar Tiwari, Surajbhan Singh etc. Suraj Bhan Singh was the former MP of makoma, Bihar. He was also connected with the Shri Prakash Shukla.

Bigg Boss 15: Vishal got hurt by Tejashwi’s words, there was a rift in the friendship

Sun TV is Coming Back with one of the prominent shows of the 90s: Radhika...