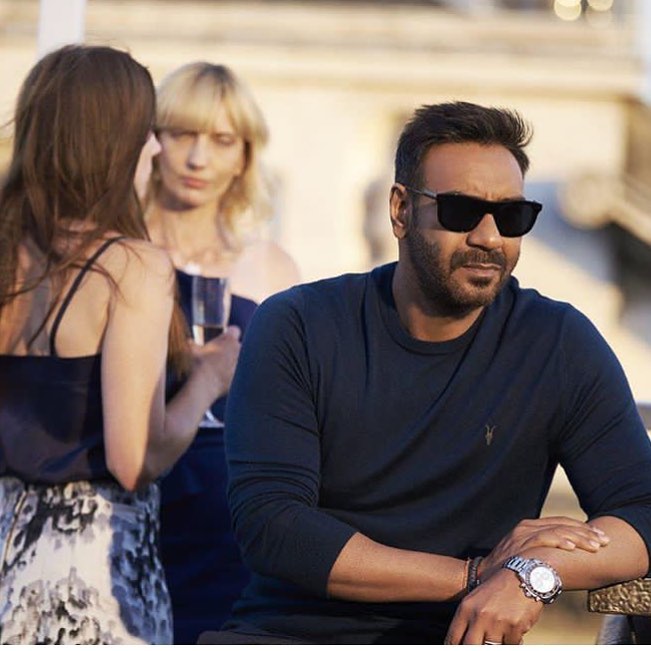 Ajay Devgan is an Indian Film Actor, director and also a producer. This Bollywood actor has done more than 100 successful Bollywood movies in the industry. Latest releases of Ajay Devgan are Helicopter Eela, Shivaay, Parched, and Singham Return.

She is also an Indian movie actress and a model.  Mostly Rakul Preet works in Telugu film industry along with few  Hindi, Tamil and Kannada Movies. Rakul Preet Singh started her career with a Kannada movie Gilli in 2009.  Currently, she is one of the highest paid actresses in the South Indian film industry.  Now Rakul Preet is all set to entertain the viewers with her upcoming Bollywood movie De De Pyar De.

The trailer of the film is not released yet. we will update soon the trailer video here.

According to the details available, De De Pyar De movie will hit the theatres on 15th March 2019.

Well, fans are excited to watch this movie in Theaters. Are you also excited??? Please let us know in below comment box. For more updates about De De Pyar De cast, story, start date stay connected with us….