Home Bollywood In a surprising turn of events, Shahrukh Khan joins the sets of... 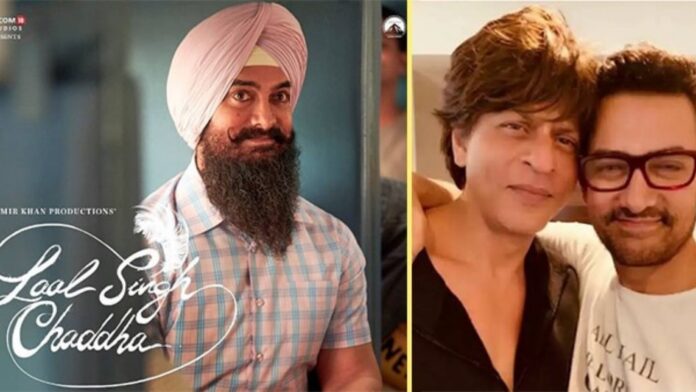 The perfectionist Aamir Khan’s next is ‘Laal Singh Chaddha’ which is an adaptation of a  Hollywood classic ‘Forrest Gump” in which he is paired opposite Kareena Kapoor Khan. Recently, Shahrukh Khan joined the sets of “Laal Singh Chaddha” for a cameo before flying to Dubai for the ongoing Indian Premier League (IPL).

What is even more exciting is that the megastar SRK was directed by no one but Aamir Khan himself. Reportedly, the two old friends had a very good time on the sets of the film and they even went for drinks after shoot. Kareena Kapoor khan, who is currently pregnant with her second child, recently completed her portion in the film and penned down a heart felt message for the cast and crew of the film.

Laal Singh Chaddha is being directed by Advait Chandan and is scheduled to release on Christmas 2021. Srk is currently in Dubai where he celebrated his birthday with his family. He was last seen in ‘Zero’ in 2018.