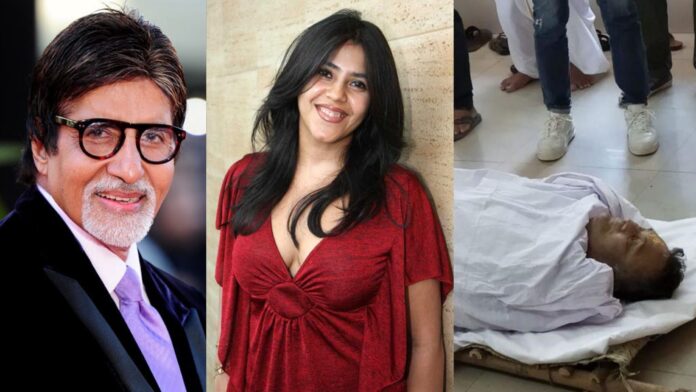 The year 2020 has been emotional flooding for all, especially for the Bollywood industry. We have lost many legendary actors and great personalities in the past few months. The demise of actors like Irfaan Khan, Rishi Kapoor, and our favorite Sushant Singh Rajput has left a deep void among the fans, family, and co-stars.With the festive season approaching, Mumbai Mirror’s latest report states the cancelation of Amitabh Bachchan and Ekta Kapoor‘s most awaited Diwali parties on the account of Rishi Kapoor’s demise early this year.

These two biggest Bollywood parties have always been the place where we could spot the entire Bollywood industry coming together and celebrate the auspicious occasion of Diwali. But with such huge losses this year, both Ekta Kapoor and the Bachchans have planned not to throw a Diwali party.

Reportedly, there have been multiple reasons for the Bachchans to not host a Diwali party this year. With the demise of Ritu Nanda (Rishi Kapoor’s sister and Shweta Bachchan’s mother-in-law) prior this year in January, while Rishi Kapoor passed away in April 2020, it has been a year of great loss for both the families.

Not to forget, the members of the Bachchan family also had a hard time fighting with the Coronavirus as Big B, Abhishekh Bachchan, Aishwarya Rai Bachchan, and daughter Aaradhya were tested positive in the month of July.

Talking about Ekta Kapoor’s party, it has always been one hell of a party but this year, the trend will be quite off as she too has no plans to organize a Diwali party this year.

For now, all we can do is just hope that next year brings a better and brighter light to everyone’s life.

Each One of us is Going to Give Everything to Repeat History, Says Rohit Sharma

Game Of Thrones House Of The Dragon Teaser Here’s A Glimpse Of ‘200 Years Before...