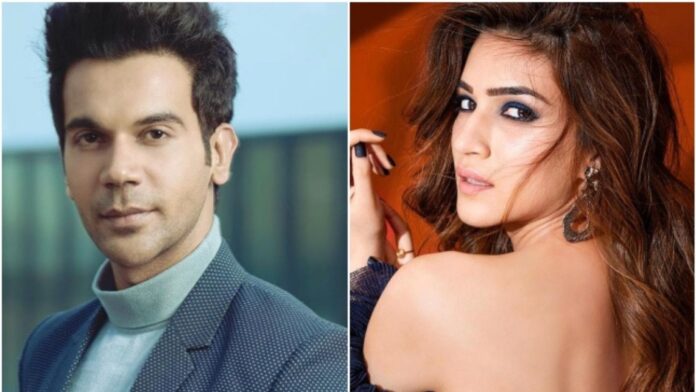 After 7 month’s long lockdown period, Kriti and Rajkumar Rao boarded their first flight so many days later to Chandigarh to start the next shooting of Dinesh Vijan film.

Kriti posted on her Instagram and flashed her fans off the plane. In the video, she can be seen maintaining a social distance with his teammates as well as playing a mask and facial shield. Even Rajkumar is seen to take the necessary precautions when traveling in the new normal. She also shared a glimpse of how officials welcomed her on board.

Kriti and Rajkumar will be seen for the second time, as they have been seen sharing screen space in ‘Bareli Ki Barfi’. The makers have not yet announced the title of the film. Directed by Abhishek Jain, the film stars Aparshakti Khurana, Paresh Rawal, and Ratna Pathak in the lead roles.
The story revolves around a couple who adopted parents.

After Shershaah, Sidharth Malhotra Got The Little Kiara Advani, Seeing Her You Will Be Surprised...