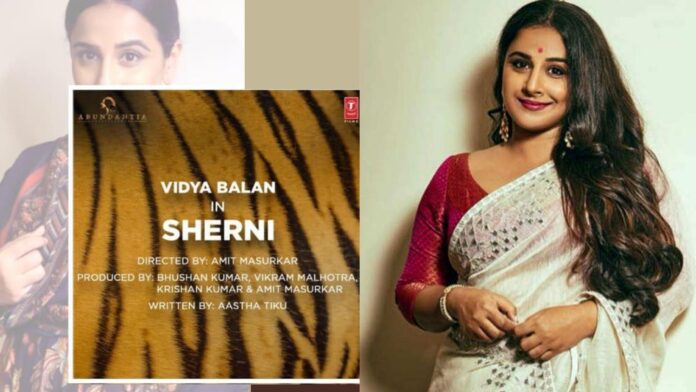 Bollywood actress Vidya Balan has returned to work. Recently, Vidya Balan has reached Madhya Pradesh for the shooting of her upcoming film Sherni. Before starting shooting, photographs of Vidya Balan doing pooja from the set gone viral on the internet.

In the photos that went viral of Vidya Balan from the set of ‘Sherni’, the actress is seen worshiping. Meanwhile, In keeping with all the government guidelines of Covid-19, on the set everyone is wearing a PPE kit and Vidya Balan is also seen wearing a mask.

The film ‘Sherni’, directed by Amit Masurkar, will be seen revolving around human-animal conflict. Vidya Balan’s role in this film is of Forest Officer. In March, when the film went on the floor, Vidya shared a picture on Instagram and wrote in the caption, ‘Sherni shoot begins on World Wildlife Day.’ Worshiped the idol in the ancient temple amidst the forest.

Shilpa Shetty Heads For A Family Vacay Time With Kids Viaan And Shamika; We Wonder Where Raj Is?

In Pics: Janhvi Kapoor got a tattoo of the name ‘I love you my Labbu’...

“Do They Bother About You,” Troll Asked Saba Ali Khan On Family. Her Reply

Should Divya Agarwal be given a new wildcard connection after Zeeshan Khan’s eviction to move...