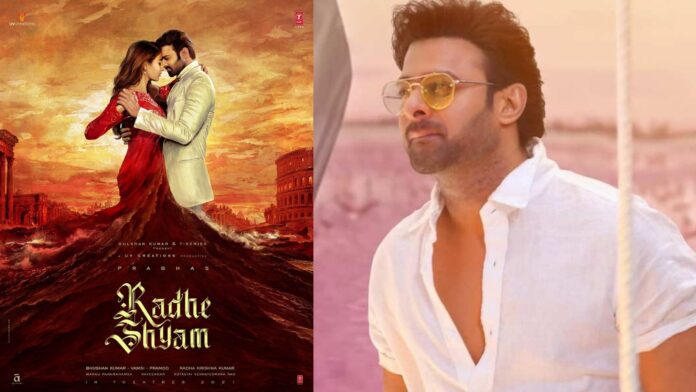 Radhe Shyam actor Prabhas announce on their tweeter account that the first motion poster released on October 23rd. Prabhas and Pooja Hegde in the lead characters. Pooja made her Bollywood debut with Hrithik Roshan in Ashutosh Gowarikar’s ‘Mohenjo Daaro’.
The release date of the movie has not been fixed yet but in 2021 it is likely to release next year. Radhe Shyam is a film directed by Radha Krishna Kumar. Produced by Krishnam Raju and UV Creations.
Prabhas was last seen in Sujith Reddy’s Sahoo. It will be released in three different languages Tamil, Telugu, and Hindi. The first look of Prabhas and Pooja Hegde was released in March-April but the look was postponed as a release date due to lockdown and working from home.