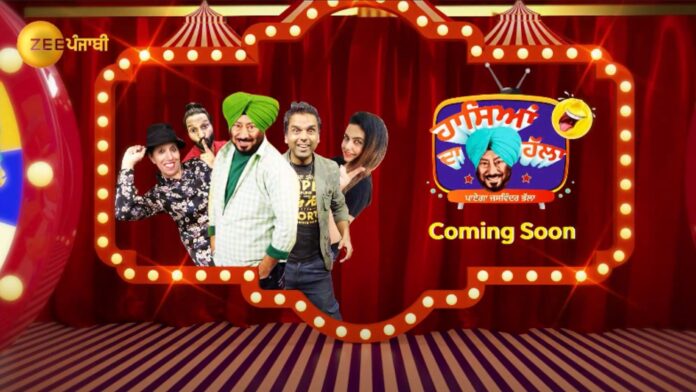 Zee Punjabi has come up with a new laughter show named Hasseyan Da Halla, a lively, chirpy, spontaneous, and quirky family show. The show is all set to start airing on the channel from October 24. The show of the host, legendary actor Jaswinder Bhalla, is all set to make everyone laugh in the midst of this long-suffering due to the unfortunate pandemic. The series will also feature the finest range of artists including Mintu, Lucky, Nisha Bano, Gurpreet Bhangu, and a spectacle of celebrity guests. It has been written by the renowned Manoj Sabharwal.

The promo of the Hasseyan Da Halla on YouTube showcases Nisha Bano dressed as an apsara, while a “Babaji” is seen meditating. Initially people mistake his focussed meditation for his death. Then he wakes up and hears the complaint of the villagers. In response, he assures them to not worry as Nisha Bano will ease their troubles with lots of laughter.

Hasseyan Da Halla will start airing on Zee Punjabi from October 24, on Saturdays, and Sundays at 7 pm. The episodes will also be available to stream on the Zee5 app.