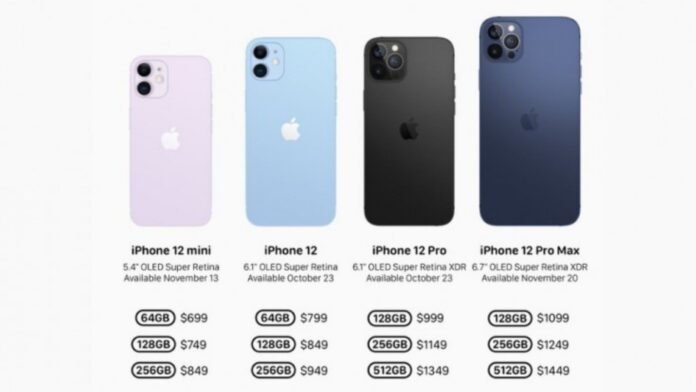 Apple launched the iPhone 12 series of phones which includes 4 different variants – iPhone 12, iPhone 12 mini, iPhone 12 Pro, iPhone 12 Pro Max. The highlight of this series is the 5G connectivity offered by all the four models, MagSafe, which is highly durable and multifunctional magnetic backing, and also the A14 Bionic, which is believed to be the fastest chip in the world for any smartphone.

Apple claims that this series is “11% lighter, 15% smaller and 16% thinner”. With this 12th series of its flagship phones, Apple is bringing back the sleek design of the iPhone 5s, which had flat side metal edges.

Although 5G connectivity was launched by Samsung about four years ago, Apple is known to launch new features only after they think they have perfected it. The new series of iPhone is now available to preorder on the official website of Apple.