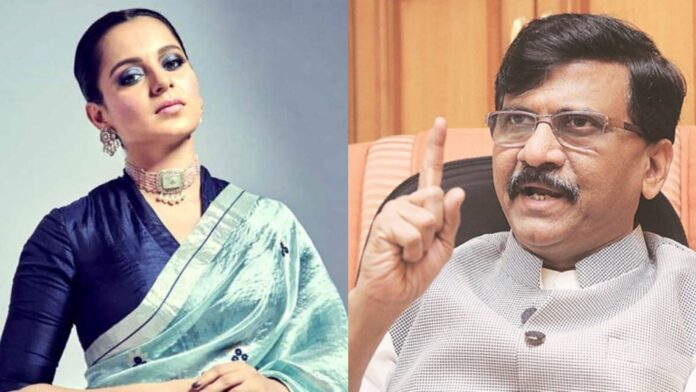 The tussle between Bollywood actor Kangana Ranaut and Shiv Sena leader Sanjay Rawat is not a matter of disguise anymore.

In a recent course of action, Kunal Kamra, a stand-up comedian took a dig at the actress Kangana Ranaut. Kamra posted a picture with Sanjay Raut on the microblogging site and captioned it, “best podcast shoot ever.” The photograph showed Sanjay Rawat with Kunal Kamra carrying bulldozer shaped toys that fueled another round of ‘the war of words.’

After this, She took to Twitter and reacted to the photograph. She expressed her disappointment saying, “Even though I faced massive harassment, financial losses, mental and emotional torture but Maharashtra government’s incompetence and political innocence stands exposed so my struggles were all worth it, such mockery of illegal demolition of my house validates my claims about them.”

The entire controversy started with Kangana Ranaut’s statement, where she compared the state of Maharashtra with Pakistan Occupied Kashmir. The fight took an awful turn when Sanjay Raut called Kangana ‘Haramkhor’ live on national television. After this, Sanjay Raut even refused to apologize for the degrading remarks that he made.

The whole incident turned into a massive political Vendetta just after the Brihanmumbai Municipal Corporation (BMC) demolished actress her Office in Bandra on account of allegedly illegal construction.

Meanwhile, the Queen actor Kangana Ranaut is carrying the case against BMC for demolishing her house forward. The case is currently under the Bombay High Court.