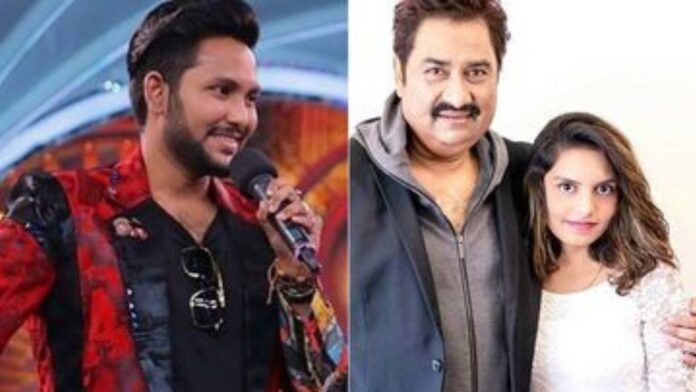 Kumar Sanu’s daughter revealed: Kumar Sanu was considered as the voice of romance in the 90s. He has given us soo many musical hits which will be cherished forever. His son Jaan who also happens to be a singer is currently a participant in Bigg Boss 14.  Given such a big platform, Jaan is telling the public much-unspoken truth about his life. Recently while having a conversation with her co-participants he said, “For me, my mother plays the role of both parents. My parents separated when my mother was six months pregnant with me, hence I have grown up with her only since childhood.”  He further went on by saying, “My mom is both a mother and a father to me. Before entering the Bigg Boss House, what worried me most was that who will now take care of my mother. My thinking when it comes to love is old school because of my mom, I feel love only happens with one person and we should only be with one person. I am just like my mother.”

Talking of Kumar Sanu he married Jaan’s mother but when she was pregnant he left her for another woman. His personal life was not as good as her professional career in those days. He was surrounded by a lot of controversies.

Recently Kumar Sanu’s US-based daughter Shannon K told a news portal that she hasn’t talked to her half brother Jaan for even once in her lifetime. But she has heard a lot about him.

“I’ve never seen anything like this in international cinema”

Salman Khan Pokes Fun At Asim Riaz As He Arrives To Say Goodbye To Brother...

Saif Ali Khan Was Very Scared Before Becoming An Actor Said I Did Not Want...